In the end it was Nicole Bolton and Ellyse Perry that saw Australia home by 8 wickets.

After much confusion over the toss, West Indies opted to bat against Australia in Match No. 4 of the ICC Women’s World Cup 2017. Some inspired bowling by the likes of Ellyse Perry and Jess Jonassen saw West Indies being bundled out for mere 204. Australian openers Nicole Bolton and Beth Mooney smacked a 171-run stand that saw their campaign gain momentum. While Nicole struck her third ODI ton, Beth scored fifth ODI half-century. In the end it was Nicole and Ellyse Perry that saw Australia home by 8 wickets. With this win Australia go on top of the points table, while West Indies are languishing at bottom.

Nicole and Beth started cautiously, but soon found their gear. Nicole in particular took on charge and downed the West Indies’ attack. Beth reached her fifty in 67-balls, while Nicole reached the mark in 73 deliveries. Beth became the first causality, falling for 70 in a bid to loft Stefanie Taylor over long-off. Skipper Meg Lanning perished for 12 runs in the same fashion as Beth.

Nicole reached her hundred in 108 balls inclusive of 13 fours. It was then Nicole along with Ellyse Perry saw Australia through. Earlier, openers Hayley Matthews and Felicia Walters provided West Indies a stable start making 34 runs in the first 10 overs. Felicia, who was finding it difficult to keep up her teammate was out by Ellyse for 7. Chedean Nation along with Hayley saw their team home from further danger, adding 52 runs for the first wicket.

Hayley became the second casualty for West Indies after she departed for a 63-ball 46 after getting cleaned up by Jess. Taylor played a valiant hand of 45 runs. She had quite a few stands with Chedean (37) and Deandra Dottin (34).

Chedean was out for 39 after she tried to hike Kristen Beams towards mid wicket. Deandra too perished for a quick 20-ball 29 before she was bowled by Ellyse, trying to play down the wrong line. Deandra’s wicket opened the floodgates as West Indies started losing players in a heaps.

Merissa Agulleira was caught by Lanning off Megan Schutt while having a wild swing on 1. Shanel Daley became Kristen’s second scalp, as she ended up making a 8-ball 6.

Anisa Mohammed was run out for 9 off 19, trying to bring skipper Stafanie on strike. She herself trying to go for the glory-shot was out on 45 after a lofted shot went wrong. Afy Fletcher played just 4-balls before becoming Ellyse third scalp. 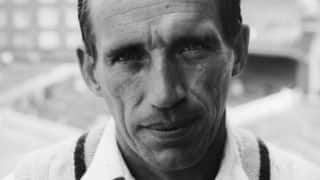 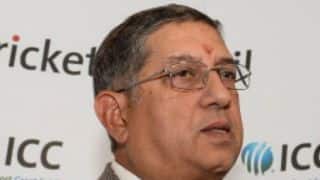