Penny-pinching bowling by the likes of Rajeshwari Gayakwad, Ekta Bisht and Shikha Pandey saw their opponents stifle for run in the middle and gift Indian Eves a 109-run win over Sri Lanka.

India s second and final warm-up match before the commencement of ICC Women s World Cup saw them take on Sri Lanka. Asked to bat first, India managed to pile on 275 runs on the board with help of a sturdy 85 by skipper Mithali Raj. In reply, Sri Lanka managed just 166 runs as Indian bowlers drew life out their batting line-up. Penny-pinching bowling by the likes of Rajeshwari Gayakwad, Ekta Bisht and Shikha Pandey saw their opponents stifle for run in the middle and gift Indian Eves a 109-run win over Sri Lanka.

Opening the batting for Sri Lanka, Nipuni Hansika and Hasini Perera hardly contributed as a pair. In-form Shikha Pandey nabbed Nipuni for 3. Chamari Atapattu joined Hasini. The pair managed to weather early storm and bring Sri Lanka to a stable position. Both added 48 runs, before confusion between the two cost Chamari her wicket for 31. With floodgates opened, Hasini too fell in the next few overs. Rajeshwari Gayakwad created pressure in the preceding overs to nab Hasini in her third over.

Dilani Manodara and Prasadani Weerakkody soon found themselves in just the 20th over. The pair batted with calmness and managed to snitch up a storm in the process. Dilani was not afraid to take on the bowler time and again. She made sure that the spinner did not get any time to settle. Seeing her, Prasadani too chanced her bat and managed to keep up with her partner.

Shikha broke the 74-run stand between Dilani and Prasadani when she cleaned up the latter for 39. Her wicket brought out Shashikala Siriwardene in the middle. Her stay in the middle lasted just 10-balls as she stumped for 2 off Ekta. Deepti soon got into the act trapping Eshani Kaushalya for just 1.

It was just a matter of time before Rajeshwari ran rampant over the tail. She picked up Ama Kanchana and Oshadi Ranasinghe in the same over to finish with figures of 4 for 12 off 7 overs. The final wicket came courtesy a run out after Harshitha Madavi was found stranded mid-pitch for 2. Thus bringing an end to Sri Lanka’s innings on 166 from 48.3 overs.

Batting first, Indian pair of Smriti Mandhana and Poonam Raut showed composure and calmness early into their innings. Soon as time went by and the ball became softer, both took charge of the game and looted runs quite easily. The pair ended up reaching the 50-run mark in just 78 balls.

Smriti eyeing her 6th ODI half-century (would not have counted officially) fell on the score of 44. Inoka Ranaweera, who was taken for 15 in her 2 overs, provided the much-needed breakthrough for Sri Lanka.

Skipper Mithali Raj soon joined Poonam in the middle. Poonam continue to milk runs and get past her 9th half-century. She soon fell to Harshitha Madavi,who picked her up for 69. Harshitha got smacked for 2 fours in her first over by Poonam got the perfect revenge.

Mona Meshram came out at the crease. Mona and Mithali displayed attractive cricket in the middle getting runs with ease. Soon Mithali passed the 50-run mark. Mona, meanwhile looked to reach her individual milestone as well but could not.

A mix-up between the pair saw Mona get run out for 31. Both Mithali and Mona added 61 runs for the fourth wicket. Deepti, did not make much of her stay in the middle falling for 2 off Ama Kanchana. Veda Krishnamurthy joined Mithali, who was nearing her 100.

Mithali fell short of her hundred, departing for 85 off 89 balls to Ama.

Onus now was on Krishnamurthy and Shikha to help India reach 300-run mark. The pair quickly added 24 runs in 17 balls. Pandey fell for 12 trying to hit Shashikala out of the park. Krishnamurthy managed to make a quick fire 20 off 18 inclusive of 3 fours. India s last wicket to fall was of Nuzhat Parveen, who was run out for 1.

In the end India managed just 275 runs, setting Sri Lanka 276 runs to win. For India it was Mithali who toped scored with 85, while Ama grabbed 2 wickets for Sri Lanka. 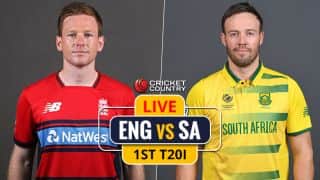 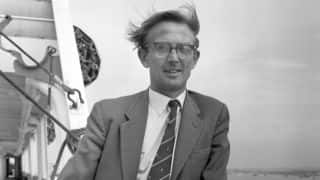