Apart from the experience of Mitali Raj, Kaur, Smriti Mandhana and Veda Krishnamurthy, India have a rather inexperienced bowling, especially the pace unit. India have come into the tournament with a side whose average age is 24.

Ahead of the tournament opener of the ICC Women’s World T20 against New Zealand, Indian captain Harmanpreet Kaur said that captaincy has helped her become calm and she hopes to inspire the young team to do well.

“Earlier, I was always aggressive on the field. I have learned how I can stay calm,” Kaur told reporters during pre-match press briefing on Thursday.

Apart from the experience of Mithali Raj, Kaur, Smriti Mandhana and Veda Krishnamurthy, India have a rather inexperienced bowling, especially the pace unit. India have come into the tournament with a side whose average age is 24.

Kaur reckons that as a captain it is her job to get the best of the her teammates as well, even if she is fails to contribute.

“Now it’s not just about how I am playing for my team, but how can I [inspire] performance from other players also,” she explained.

However, Kaur, who smashed a belligerent 171* at the ICC Women’s World Cup 2017 semi-final against Australia  backed her players to do well and said there is no pressure on them.

“There is no pressure on them. And [in T20s], whether they’re getting success or not … I know we have to accept that as a bowling unit, sometimes the batter will attack us. But, how we come back and how we perform in the next game, that’s more important,” said the 29-year-old.

As a team, Kaur said that the team needs to stick to the plans in the tournament.

“That’s what as a captain I told them: just stick to your plans. Because, if you are bowling according to our plans and don’t get success, that is something we (the management) have to look into, and not you,” she added.

India are in Group B alongside World No.1 and 2 ranked teams Australia, New Zealand, respectively, Pakistan and Ireland. The Harmanpreet Kaur-led team will open their campaign against New Zealand at Providence Stadium, Guyana on November 9. 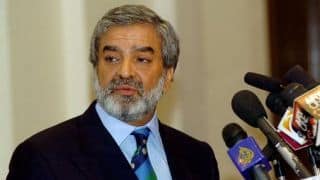