ICC working group to meet BCCI officials on May 17

ICC working group to meet BCCI officials on May 17

The ICC working group will be meeting the senior BCCI officials here on Thursday to discuss some of the prevailing issues in world cricket including the future of Tests.

The ICC working group will be meeting the senior BCCI officials here on Thursday to discuss some of the prevailing issues in world cricket including the future of Tests.

The working group in ICC formulates policies and then takes feedback of its stakeholders (member nations, sponsors).

It is learnt that the discussions will be broadly based on challenges facing the game, especially how to keep Test cricket alive, the ways of crowd engagement and the rapidly growing popularity of T20s.

After taking the feedback from all the stakeholders, the working group then prepares a comprehensive report `.

“Test cricket is the ultimate format and I am sure all the stakeholders will be working a way out to sustain the level of interest. I believe that all three formats can co-exist. I expect that suggestions given by the BCCI will be taken seriously,” BCCI acting president CK Khanna told PTI on Tuesday.

Day/Night Test cricket is expected to be another key issue. While it is now well-documented that acting secretary Choudhary was in favour of India playing pink ball Test against West Indies, something the Indian team’s chief coach Ravi Shastri had initially agreed.

However it was learnt that Indian team management told Committee of Administrators (CoA) that it still requires at least 18 months to get ready for the five-day game under lights.

The dwindling crowds in Tests has been a concern for ICC and the general feeling is that only Day/Night Tests can save the format.

There are various school of thoughts and one is to start Test matches across the globe on Thursdays.

The third and fourth days are always considered to be the most important days and if it’s on a weekend, then one can expect more footfalls. Obviously, there would be an odd ‘Boxing Day’ Test, but in general, Thursday starts could prove to be beneficial.

Recently, former New Zealand captain Brendon McCullum has said that Test cricket may not be sustainable in the long run with the advent of T20 leagues across the globe.

Trends have shown that young cricketers are ready to choose club over country, freelancing in private T20 leagues.

During the recent ICC quarterly meeting in Kolkata, global body’s chief executive Dave Richardson said that they would be talking to the stake holders to find out if there could be a cap on the number of T20 leagues that one can take part in to maintain the sanctity of international cricket. 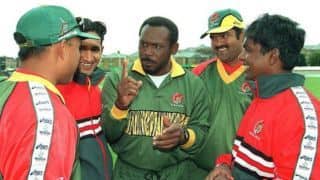 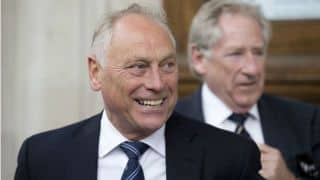