Despite the lopsided final in 1999, it was Pakistan's strongest squad feels Inzamam.

Karachi: Former Pakistan skipper Inzamam ul-Haq believes that his nation’s squad for the 1999 World Cup was the strongest side to date to have featured in the sport’s pinnacle tournament.

Inzamam said that despite losing the lopsided final, he still believes that was the strongest Pakistan side to date to have had featured in an ICC Cricket World Cup, at least, in the five ICC showcase events in which he had been involved, the Dawn reported.

Inzamam further said that though Imran Khan’s inexperienced “Cornered Tigers” had won the ICC Cricket World Cup 1992, the Pakistan side in 1999 had more experience, the report added. Australia won their second title by defeating Pakistan by 8 wickets in the 1999 World Cup final. 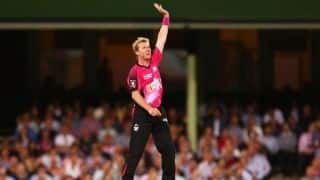