England’s only assignments leading up to the World Cup are one day matches.

England Skipper Alastair Cook is optimistic about England’s chances going in to the ICC World Cup 2015.

According to BBC sport Cook believes if England can find momentum at the right time during the World Cup there is every chance that they can be crowned World Champions for the first time in their One Day International (ODI) cricket history. England’s only assignments leading up to the World Cup are one day matches, seven of them in Sri Lanka later this month followed by a tri-series involving India and Australia in Australia which should be ideal preparation, considering the World Cup is being co-hosted by Australia alongside New Zealand.  He was appreciative of the planning in the lead up to the World Cup, since it involves only limited overs Cricket. “If we peak at the right time, I don’t think anyone will want to play us, Since 1992 we haven’t done ourselves any justice in the World Cup but I am excited about playing one-day cricket where we haven’t got Test cricket in the forefront.” he was quoted saying

While Cook may be talking up his team’s chances, the general feeling is that England’s resources are scarce for the limited overs game and their style of play is too conservative for a team to succeed in an event like the World Cup. Former Australian pacer and the current Yorkshire coach Jason Gillespie is among those who are sceptical of England’s chances, he said “I don’t think England will win this World Cup, unless they change the way they play. They need to be a bit more aggressive, certainly with their batting. The reality is teams are scoring more runs. England are a 250-260-runs-in-50 overs side and we’ve just seen Sharma score 264 on his own.”

There has been scepticism over Cook’s ability to lead the one day unit, it has also been suggested that he shouldn’t be in the side as a batsman either because he fails to provide the much needed impetus required at the top of the order in limited overs cricket and that the team starts mirroring his conservative approach but Cook argues “We haven’t won over the last couple of series, so we have to improve, but it’s not about a radical change of method. Do I have the tactical nous? Without a doubt. I think the only time England have been number one in the world in one-day cricket was when I was captain.” 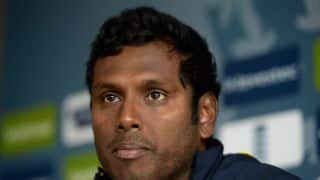 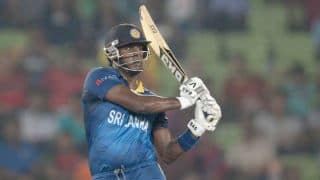