Skipper Mashrafe Mortaza said the opening match against Afghanistan would be key to Bangladesh's success.

Bangladesh have set their sights on the quarter-finals of next month’s cricket ICC World Cup 2015 in Australia and New Zealand, the team’s Sri Lankan coach said on Thursday.

Chandika Hathurusinghe told journalists in Dhaka he was happy with the team’s preparations and hoped they would go “all the way”.But he said he was “taking one game at a time” and would focus on qualifying for the quarter-finals stage of the six-week tournament, which begins on February 14.

Bangladesh has only once got through to the second round in their four previous World Cups, when they ousted India from the group stage to qualify for the Super Eights in the West Indies in 2007. Bangladesh are placed in Pool A, which includes co-hosts Australia and New Zealand, as well as England, Sri Lanka, Afghanistan and Scotland.

Bangladesh will be initially based in the Australian city of Brisbane, where they will have two weeks of training. They will play two practice matches in Brisbane before taking on Pakistan and Ireland in Sydney warm-up matches on February 9 and 12. They begin their World Cup campaign against Afghanistan in Canberra on February 18.

“Three wins give you a chance but if you win four games we will probably make sure that we qualify for the quarter-finals,” he said. I think the Brisbane stint as well as four matches over there will give us a good indication about where we are.”

“Obviously we want to go to the second round,” said Mashrafe. “But it’s a tough job. We really need a good start in the tournament.”

But he said Bangladesh was not targeting any particular side, adding, “if we can start well, we will be confident against every other side.” 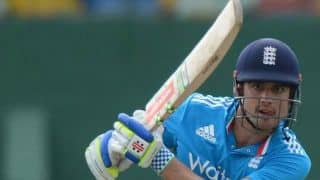