Officials are taking measures to ensure a safe and corruption-free World Cup.

The countdown is on for the ICC Cricket World Cup 2015 and the likely winner is still guesswork a month out in one of the most evenly-matched and security-conscious tournaments staged. Australia will share the hosting of next month’s cricket showpiece with New Zealand, 23 years after they co-hosted the event when Pakistan beat England in the final at the Melbourne Cricket Ground (MCG).

Hosts Australia and defending champions India may be the top two ranked teams but any of a half-dozen sides could lift the trophy on March 29 at the MCG. The Australians, under the aggressive coaching of Darren Lehmann, are gunning for their fifth World Cup, while India stopped the Aussies from winning a fourth straight title in the quarter-finals of the last tournament in India in 2011 and have winning recent One-Day International (ODI) form.

There may be fitness doubts over skipper Michael Clarke, with an imposed deadline of February 21, but the Australians possess some of the biggest names in world cricket — David Warner, Steven Smith, Brad Haddin and Mitchell Johnson. It will be how the team handle the external pressures as the host nation that will decide their winning chances. The Australians didn’t cope in 1992 and they missed out on the semi-finals.

Sri Lanka, the 1996 champions, have by far the most experienced squad with Mahela Jayawardene, Kumar Sangakkara and Tillakaratne Dilshan all playing more than 300 ODIs each.

South Africa, who have come close but have yet to win the World Cup, are always a threat under the captaincy of AB de Villiers, while New Zealand and Pakistan have the firepower to cause problems in this format.

The jury is out on England’s chances after they stripped Alastair Cook of the captaincy less than two months out from the World Cup and installed Eoin Morgan in his place. But former Australia Test batsman Michael Hussey rates England as a ‘dark horse.’ “They’ll fly under the radar a little bit, no one’s really giving them a lot of chance,” Hussey said. “They’ve got some really experienced, quality players but they’ve also got some really good underrated players, guys like Moeen Ali and Chris Woakes, very underrated and if they can just get their confidence up and move through the tournament, they can be a bit of a dark horse.”

Australia’s rising pace star Josh Hazlewood believes the sub-continent teams will struggle with the bounce of the Australian wickets. “Their conditions are a lot flatter and spin friendly and their games are quite high scoring over there,” Hazlewood said. “So I think bounce is the key. It’s the thing I look for against those sub-continent teams.”

Joining the 10 Test-playing nations will be four associate countries — Afghanistan, United Arab Emirates, Scotland and Ireland — to add some unpredictability to the pool games. Matches in Australia will be played in all the major cities — Sydney, Melbourne, Brisbane, Adelaide, Perth, Canberra and Hobart — with many of the grounds upgraded and renovated in recent years.

New Zealand will host 23 games across seven grounds with the Black Caps playing all their pool games on home pitches while Australia must cross the Tasman to play the Kiwis in Auckland. The other New Zealand venues are Christchurch, which hosts the tournament opener between New Zealand and Sri Lanka on Valentine’s Day, Wellington, Hamilton, Napier, Dunedin and Nelson.

All grounds have been declared ready with the purpose-built Hagley Oval in Christchurch recently rated a quality venue by the New Zealand and Sri Lanka players after they staged a dress rehearsal for the World Cup opener.

A focus on the build up to the World Cup has been on security with New Zealand World Cup chief executive Therese Walsh warning it will be tight. “There will be security profiling, there’ll be random pat downs, there will be bag searches,” she said.

Martin Snedden, a former New Zealand cricket international and chief executive for the 2011 Rugby World Cup in New Zealand, said recent terror attacks in Paris and Sydney would create a sense of urgency. “You’re not working with theory, you’re working with something that can definitely happen and the examples in Sydney and France prove that you’re not just ticking a box here — you’re actually doing something because we may need it,” he said.

Match-fixing is the other risk hanging over the tournament. Players are being warned of the possibility of being approached by match-fixers, possibly using “honey traps” where glamorous women lure players into compromising situations and then blackmail them. “I have no doubt that match-fixing groups will be looking at New Zealand and that they have had people on the ground in New Zealand previously,” New Zealand Players Association chief executive Heath Mills told the Herald on Sunday. 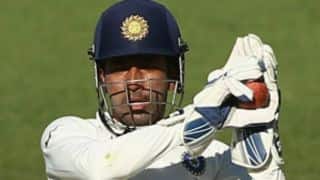