Ali, who is Ajmal's protege, claims that doosra is not just the only weapon up his sleeve.

Pakistani-origin England all rounder Moeen Ali has claimed that his team needs to put an early marker down that is different from a side that suffered humiliation by Australia in the Ashes last summer, and said that batting aggressively is the only way he knows it is possible.

Australia might have dominated England in the Ashes last summer but they know that Ali poses a big threat to their Test squad, which was embarrassed by a Pakistani squad in the UAE despite having to face banned Pakistan doosra king Saeed Ajmal.

Ali, who is Ajmal’s protege, claims that doosra is not just the only weapon up his sleeve, insisting that his bowling action is legal, but his aggressive batting would also prove to be dominating against Australia as he has become England’s new opening batsman, the Daily Telegraph reported.

The English-born Muslim, who is known as ‘The Beard that’s Feared’ in his home county of Worcestershire, said that it’s a chance to show that England has taken a step forward and they are going to have intent and come harder at Australia than they have done previously.

Ali added that if they are going to win the World Cup they need guys in the top three who can set the standard for everybody else and be expansive and take some risks, claiming that he definitely feels he can get better. 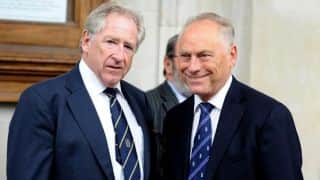