Misbah, 40 years old, announced he would quit the one-day game after the mega event in February and March.

Retiring Pakistan captain Misbah-ul Haq vowed to roll back the years and lead his team to victory in the World Cup starting in Australia and New Zealand On February 14.

Misbah, 40,  announced he would quit the one-day game after the mega event in February and March. He is one year older than Imran Khan was in 1992 when Pakistan won its only World Cup in 1992, an event also held in Australia and New Zealand.

“For me it will be a big motivation to give whatever I can, whether it’s physical, mental or skill-wise to finish on a high and do what the 1992 Pakistan team did — win the World Cup,” Misbah told reporters.

Pakistan start their campaign with a highly-charged opening game against arch-rivals and title-holders India. They also face the West Indies, Zimbabwe, the United Arab Emirates, South Africa and Ireland in Group B, with the top four teams from two groups progressing to the quarter-finals.

Misbah added his players are were “focused and determined” and was confident they would adjust to the fast and bouncy Antipodean pitches. Misbah became Pakistan’s most successful Test captain with 15 wins last year, and has vowed to continue in the longer format. He has also led Pakistan in 78 one-day internationals with 41 wins, 34 losses and three ties or no results. 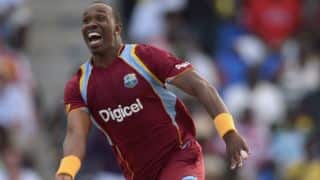