Karachi: Pakistan discard Shoaib Malik says Misbah-ul-Haq was not an aggressive captain an he would need help from a few senior players if the national team was to do well in the upcoming ICC World Cup 2015.

The 32-year old who has not been selected to play an One-Day International ( ODI) since mid-2013 said Misbah also need to back his players more.

“I would say Misbah is 50-50 as captain. Fifty percent weak in taking aggressive decisions and fighting for his players. Senior players like Younis Khan, Shahid Afridi and Mohammad Hafeez will have to advise him on the field and help him take positive decisions if we are to do well in this World Cup,” Malik said.

“I have been told he is not able to fight for his players enough. As a captain you have to fight for the players you have faith in. They then repay you with their top performances and that is good for any team,” Malik told Geo Super channel.

“He has his strong points. He is calm and strong under pressure and that is a plus point in a mega event like the World Cup. But I would like to see other senior players advising him on the field.”

Malik, who has played 32 Tests, 216 ODIs and 59 T20 matches for his country, said that he would not rule out Pakistan doing well in the World Cup.Malik also talked about communication problems within the team and the situation which led to his ouster as captain in 2009 after a two-year tenure.

“I want to make one thing clear that I myself asked the then PCB Chairman Ijaz Butt to find someone else to lead the team as I wanted to resign as captain during the home series against Sri Lanka after we lost the one-day series.

“Ijaz Butt accepted my resignation. I was not happy at that time leading the team because they were communication gaps in the side and it was clear to me some of the players were more interested in the captaincy themselves,” he said.

Malik was brought in as captain after Pakistan’s first round exit from the 2007 World Cup which led to the retirement of Inzamam-ul-Haq.

“In hindsight I made a mistake and it was too early to accept the captaincy after Younis had refused an offer from the board. But just when I was beginning to gain confidence and learn the tricks of the trade some players caused communication problems.”

He also lashed out at Intikhab Alam who was coach of the team in 2009 for filing an adverse report about him to the Board.

“The same Intkhab who few months earlier had praised me to the sky, in his statement told the board I was arrogant, had an attitude problem and was a hurting the dressing room like a ‘Deemak’. It hurt me deeply to learn about the report.”

Asked about complaints that he was unpopular in the team because of his alleged habit of backbiting, Malik said he was a down to earth person who believed in saying what was in his heart.

“There are communication problems in the Pakistan team which need to be sorted out. Instead of sitting down across the table and settling grievances we have a culture in the dressing room where players form small groups and stay away from others and it spoils the atmosphere and spirit.”

Malik admitted that he found Younis and Shahid Afridi as two captains after him who were willing to fight for the players they supported.

He also made it clear his first priority was always to play for Pakistan.

“At my age I have still not given up hope of playing for Pakistan again. Whenever the selectors recall me, my commitments in foreign leagues will take a backseat. I am realistic about making a comeback after the World Cup because I have matured as a player and have been in good nick.” 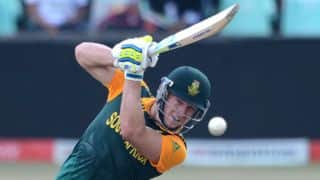 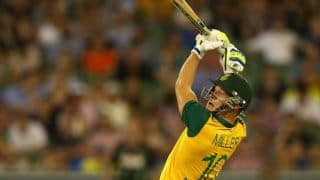