Pakistan is slated to play two warm up matches and two one-day internationals in New Zealand.

Looking to rewrite history by beating arch-rivals in the upcoming World Cup, Pakistan captain Misbah-ul-Haq has promised the fans that the national team would play its best cricket in the 50-over showpiece event and make them proud.

India and Pakistan open their respective campaigns against each other on February 15 in Adelaide, a day after the mega event kick-starts and that makes the clash a mouth watering one.

“We know how important this match is and we are going with a clear mind that we want to change history and beat India in a World Cup,” Misbah said while addressed the media briefly at the national cricket academy in Lahore before the team left for the airport to embark on their World Cup campaign today.

“We are focused for the match and the players are going to play with lot of passion and commitment to try to win the match,” he added.

Misbah also said that the team is ready to give its best shot at the title they last won in 1992.

“We have only one thing in mind that is to play our best cricket in this event because we know how closely the World Cup is followed by everyone and the expectations attached with our team,” he added.

Misbah, who is yet to recover completely from a hamstring injury, said he has told the players to play fearless cricket.

“Every team has the backing of its nation and it comes well prepared to win the World Cup so it is going to be a tough challenge but I think we have the resources to meet this challenge,” he said.

Pakistan is slated to play two warm up matches and two one-day internationals in New Zealand before moving to Australia and Misbah, who has already announced the World Cup will be his final one-day international event, said the team would have nearly three and half weeks to acclimatise to the conditions in the host countries.

“We are going there nearly three and half weeks in advance to acclimatise and get used to wickets and that is good enough and we have the resources to deal with every situation,” he said. 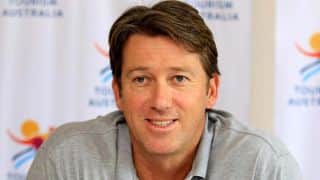 Glenn McGrath: Kids should not sledge on field