Vettori speaks about his team's chances as the Kiwis face Australia in group stages of ICC World Cup 2015.

“I don’t think we’re going into the World Cup with any trepidation around performance – we’ve got a confident side that’s ready to play. While the final squad hasn’t been selected yet, this group of 19 is the strongest that I’ve seen in my time with New Zealand cricket,” Vettori was quoted as saying by the official website of Cricket Australia.

“Their top order is pretty phenomenal — Finch, Warner and Watson backed up by Bailey, Maxwell and Clarke — there’s some quality players there. Particularly Aaron Finch, he’s a guy who’s starting to come into his own and starting to prove what a quality player he is. [But] players like [Kane] Williamson, [Brendon] McCullum and [Ross] Taylor in that top order can match the Australian top order.

“Our real strength as well will be that allrounder position with the likes of [Corey] Anderson, [Jimmy] Neesham and Nathan McCullum, and a good bowling line-up that knows how to bowl in those conditions,” he said. Australia and New Zealand face-off on February 25, 2015 at Auckland.

Vettori participation though is still in doubt as the left-arm spinner’s career in the last year had been filled with injuries. He is yet to play an One-Day International for New Zealand since June 2013. 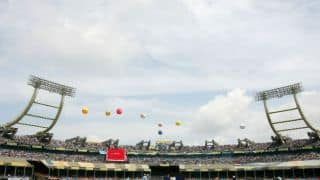