Moin Khan, however, said Junaid would rejoin the World Cup squad if he recovered on time.

Karachi: A thigh injury has ruled out Pakistan fast bowler Junaid Khan from the two forthcoming one-day clashes against New Zealand and raised a question mark over his ICC World Cup 2015 participation.

Pakistan authorities have confirmed left-arm quickie Junaid would be replaced by Bilawal Bhatti for the matches in New Zealand Jan 31 and Feb 3. Junaid was injured in a fall during training last week, complaining of pain in his right thigh and elbow, reports stuff.co.nz Saturday.

“On re-examining Junaid’s condition, Pakistan’s physiotherapist Brad Robinson and PCB’s head of medical and sports sciences Sohail Saleem concurred that he had not recovered sufficiently from the traction injury of the nerve in the posterior right thigh and recommended recuperation at the NCA,” a Pakistan Cricket Board spokesperson said in a statement Saturday.

“Subsequently the left-arm fast bowler was withdrawn from the New Zealand tour.”

Pakistan’s chief selector Moin Khan, however, said Junaid would rejoin the World Cup squad if he recovered on time. 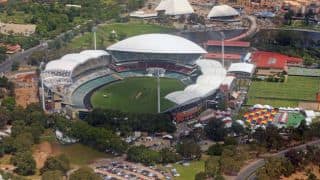 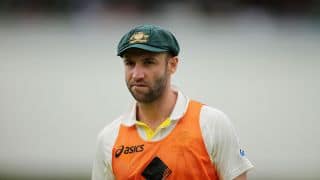