Former batsman Mohsin Hasan Khan has alleged that the Pakistan Cricket Board (PCB) selectors have chosen the country’s World Cup squad based on nepotism, which can hamper their chances of winning the quadrennial event.

“Seeing the final squad for the World Cup, it seems personal interests were preferred over national interests which will cost the Pakistan team heavily,” the former chief selector was quoted as saying by Pakistani daily The Nation.

The former head coach fumed at the fact that names like leg-spinner Yasir Shah and pacer Sohail Khan feature in the squad and termed the selection sarcastically, “quite amazing”.

Mohsin also felt that fast bowlers Umar Gul, Junaid Khan and Mohammad Irfan were over utilised and as a result, fizzed out before the world event.

The 59-year-old regretted the fact that premier all-rounders were overlooked when most teams depended on them to deliver match-winning performances.

“All the major teams of the world mostly rely on all-rounders to deliver for the team but Pakistan, having natural gifted all-rounders in shape of Anwar Ali and Bilawal Bhatti, didn’t consider any all-rounder for the mega event,” he added. 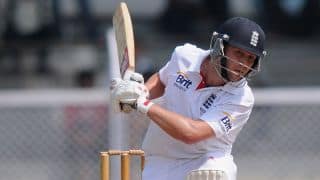