"If you look back, leg-spinners have been very successful in Australia," said Ahmed.

Pakistan‘s spin bowling coach Mushtaq Ahmed Friday admitted it will be tough to find the right balance without ace spinner Saeed Ajmal suspended due to illegal bowling action. Pakistan will be without Ajmal at this year’s World Cup starting on February 14 after the off-spinner withdrew following his failure to completely alter his action. Ahmed, a member of Pakistan’s World Cup winning team in 1992 — also held in Australia and New Zealand — said the team would find it tough without “legend” Ajmal.

“We were used to Ajmal,” Ahmed told media at the conclusion of the Pakistan team’s training camp. “Ajmal has been our legend and has been our number one bowler, and it’s very difficult to make a combination without him.”

Ahmed said Pakistan won the 1992 World Cup without then frontline paceman Waqar Younis, who was ruled out two weeks before the event with a back problem. “If you remember the scenario when Waqar returned home due to injury before the 1992 World Cup … this shouldn’t be a problem. I will give credit to Ajmal, he always says teams don’t win because of individuals, teams win if we play as a united team. We will feel his absence but the new players have to play their role and if we play as a unit I am hopeful we can deliver.”

Pakistan will also hope spinning all-rounder Mohammad Hafeez clears a bowling action test later this month after he too was suspended in November last year for illegal action. “Unfortunately you all know what happened to Ajmal and Hafeez, we got stuck. So when you don’t have a thing which you require, then you have to rely on other things. I think whatever resources we have, we have to trust and believe in them.”

Pakistan have leg-spinner Yasir Shah in their 15-man squad, termed a “surprise package” by chief selector Moin Khan. “If you look back, leg-spinners have been very successful in Australia,” said Ahmed. “I have my personal experience; I have toured five to six times (in) Australia and have a very successful ratio bowling over there. The way Shah and Shahid Afridi have been bowling, I think they will make a difference for Pakistan as we do get bounce on the wickets of Australia and when a leg-spinner gets bounce, he becomes a wicket-taking option.”

Ahmed said the team management, especially head coach Waqar, had full confidence in the abilities of the players. “We don’t have the ball in our hand, but we have lot of belief. If we believe that we can win, then our belief will be shifted onto the players,” he added. Pakistan will fly to New Zealand on January 21 where they play two one-day internationals before they start their World Cup campaign with a match against arch-rivals India in Adelaide on February 15. 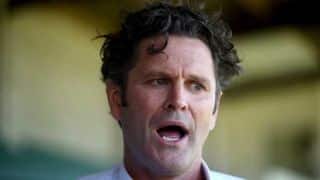