Former Pakistan skipper Shoaib Malik is reluctant to make himself available for national selection for the ICC World Cup 2015 due to his bowling action and the prevailing environment in the team.

Sources close to Malik told PTI that the all-rounder’s reluctance stemmed from the fact firstly over the treatment he had received from the board and selectors in recent times and secondly over apprehensions of his bowling action being reported.

“Malik is working on his bowling action and bowling more these days but he is concerned as he has some lucrative contracts to play in foreign T20 leagues in coming months and doesn’t want to jeopardise them at this stage,” one source said.

Malik’s name has come into contention for a comeback to the national team after the suspensions of Saeed Ajmal and Muhammad Hafeez from bowling in international cricket due to illegal bowling actions.Malik who bowls off-spin has bowled in all the domestic first class matches he has played this season picking up around 18 wickets but his primary strength remains his batting.

“There is a debate going on that Malik could be considered for World Cup selection as an all-rounder if both Saeed and Hafeez are not able to get their bowling actions cleared in time by the ICC,” another source said.

Pakistan’s former captain and now respected pundit, Rameez Raja and former speedster Shoaib Akhtar also felt that Malik’s action could be called as soon as he started playing international cricket.”The ICC new protocol is tough for bowlers and off-spinners and he could face problems but he now definitely can be considered because of his all-round abilities,” Rameez said.

Akhtar said, “first the selectors should talk to Malik and make sure he was interested in playing.I don’t know whether he will be willing to take a risk by bowling in international cricket and jeopardize his lucrative T20 contracts unless he is 100 percent sure about his action himself.” 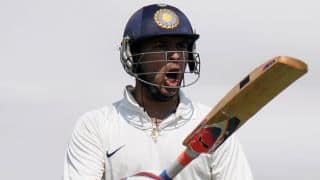 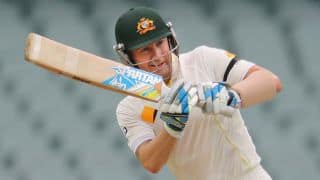