Pakistan have never beaten India in the World Cup this time.

Senior Pakistan batsman Younis Khan feels that this year’s World Cup will provide the country’s cricketers another opportunity to break the jinx of having never beaten India in the quadrennial event. History is there to be changed and my feeling is this time we can change it and win against India in Adelaide,” Younis said.

Pakistan have never beaten India in any World Cup match since the event was launched in 1975. Younis, 37, said he would like to carry forward his recent form into the World Cup, to be jointly hosted by Australia and New Zealand. “Recently when I played against Australia in the Tests, people were wondering if Younis was finished but I just hit form and started scoring centuries on a trot. This purple patch can also happen to me in the World Cup,” said the former Pakistan captain.

The game between the arch-rivals, scheduled on February 15, is already been sold out and could be the most watched cricket match in the history. Younis said Pakistan have some very good performers and if every player could do his job responsibly and play like a unit, then they could beat India.

Younis, who has played in 259 ODIs, ruled out any immediate plans to retire after the World Cup. “I have not thought about an immediate retirement because frankly speaking I am still enjoying playing and my hunger for cricket is still there. I still don’t want to end one of the best periods of my life which is playing international cricket.”

He said playing Test cricket for Pakistan was one of the best times of his life and as long as he was fit and in form he would continue to play
“Retirement will be my personal decision,” he said.

Two of Pakistan’s top players — captain Misbah-ul-Haq and Shahid Afridi — have already announced they will retire from ODIs after the World Cup. “They need to be appreciated instead of creating controversies. They know best the condition of their body and fitness and mental state of mind. When I also retire only I can decide best the time to say goodbye.”

Younis Khan has scored over 7000 runs in 259 One-Day Internationals (ODI) for Pakistan so far. 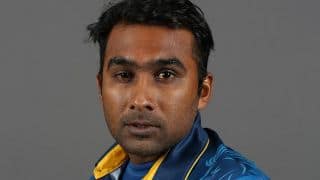 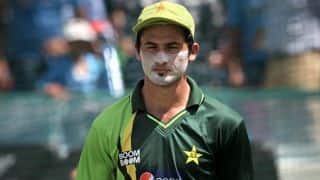