Kapil Dev does not like the debate about who should bat at number four in India‘s World Cup team and said that the batting slots should be decided according to match situation.

“There is a lot of talk about that No. 4 slot. When we were playing, we fixed numbers, but nowadays, there are no numbers. All the players play at any number, and they are all good. Players should play like a team. Don’t fix numbers. Play according to the situation,” Kapil said on Tuesday.

The former India captain also said that Rishabh Pant has very long way to go, though he has the ability.

“Dhoni has set the standard very high. Yes, Pant has the ability but he has a long way to go,” the 1983 World Cup winning captain said.

He also picked Mahendra Singh Dhoni as his favourite all-rounder among current cricketers.

He said Ravindra Jadeja can also become a good Test allrounder like Ravichandran Ashwin. “If Jadeja puts his head to it, he can become a very good allrounder,” Kapil said, adding that Ben Stokes was cut above the rest as an all-rounder.

Former India opener and national selector Kris Srikkanth said he would select a match-winner like Rishabh Pant for the World Cup. “If I am the captain or chairman of selectors, I would go for a match-winner. A guy who can win matches from no-win situations. Dhoni will be the wicket-keeper, Rishabh Pant is the guy who almost won a Test match for us in England from an amazing no-win situation,” he said.

On revisiting the 1992 World Cup format, where every team plays all the other teams, Srikkanth said, “By nine matches, every team has a fair opportunity to qualify. This is definitely a good format because you are playing each other once at least.”

“From India’s point of view, all the more better for us. You get used to the conditions as the English conditions are going to be different and it’s good time for the team to become set,” he said.

Asked about the bowling combination, Roger Binny said he would drop a spinner and go in with an extra pace bowler like Bhuvneswar Kumar or Umesh Yadav in English conditions.

“I think it’s very important in England to be have someone who can seam the ball early. Bhuvi is one who can do that. Umesh Yadav could be a good pick because he seams the ball and he’s got pace,” he added. 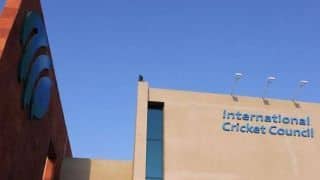