West Indies and Afghanistan have booked a place for 2019 World Cup in England and Wales.

After 10 warm-up matches and 20 group matches, 2018 World Cup Qualifiers have reached the Super Sixes and playoffs stage. West Indies, Afghanistan, Zimbabwe and Ireland, who entered as the bottom four teams in the tournament have qualified to the Super Sixes. Joining them are UAE and Scotland. The top two teams from the Super Six will contest in the final and also progress to the 2019 Cricket World Cup.

Scotland and UAE have retained their ODI status until 2022. The one ODI status that was up for grabs was grabbed by Nepal. The teams who have not qualified – Nepal, Hong Kong, Netherlands and PNG – will battle it out in the playoffs for claiming the position from No. 7 – 10. The teams carry points from their wins over other members from the same group into the Super Sixes. West Indies, who were undefeated in their group faced a shocking defeat against Afghanistan.

The table* is updated after Match 9 of Super Sixes between Ireland and Afghanistan.

Zimbabwe and Scotland have played neck to neck match all through the tournament. They come into this stage with three points each. That leaves the door slightly open for the likes of Afghanistan. Ireland have two points, and as the No.12 ranked ODI side, have the tricky proposition of facing sides ranked 10th, 11th and 15th. UAE with zero points, will be looking to spoil a few plans of the bigger teams. 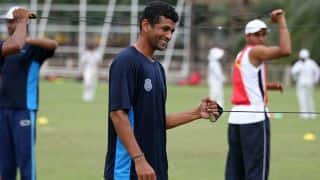