Afghanistan vs West Indies: The West Indies batting suffered a collapse in pursuit of the 140 set by Afghanistan. Only Evin Lewis and Marlon Samuels showcased some fight in the middle. Dawlat Zadran starred with a 4 wickets; including a hat-trick. He was well supported by Sharafuddin Ashraf, who claimed 2 wickets. Lewis and Samuels batted with intent, making 36 and 34 respectively. No other batsmen could even reach double figure mark. Chris Gayle made just 9. Rashid took the final wicket to fold West Indies for 110 (Dawlat Zadran took a hat-trick), handing Afghanistan a 29-run win.

Earlier, Rashid Khan-led Afghanistan managed to make 163 in their 35 overs. Some late-order resistance from Samiullah Shenwari and Gulbadin Naib took them past the 100-run mark. Between them, Mohammad Shahzad, Rahmat Shah and Najibullah Zadran managed 12 runs. Sheldon Cottrell picked 3 wickets while Jason Holder and Kesrick Williams got 2 each.

UAE vs Nepal: In a 29-over-a-side match, Nepal were put in a tough spot by the UAE bowlers. Then Sharad Vesawkar (41*) and Dipendra Singh Airee (41) who took their side home. They added 55 for the fifth wicket before Airee fell. Vesawkar continued his march adding 46 runs with Aarif Sheikh (23*) for the sixth wicket. Nepal won by 5 wickets with 4 balls to spare. Skipper Paras Khadka made a 39-ball 28. Amir Hayat picked 2 wickets for UAE.

Batting first, UAE put up a competitive target of 172. Ashfaq Ahmed, Ghulam Shabber and Adnan Mufti shone with bat. Ahmed narrowly missed out a well-deserved fifty, falling for 42, while Shabber made 32 and Mufti 37. Lalit Bhandari and KC Karan were stars with ball, picking 4 and 3 wickets respectively. Khadka, too, chipped in with a wicket. Sandeep Lamichhane bowled 5 wicketless overs.

Netherlands were clinical during their chase. The Opening pair of Wesley Barresi (47) and Max O’Dowd (45) took 84 runs in 22 overs. Then Ben Copper (40*) took charge and guided his side to victory by 7 wickets. Ryan ten Doeschate remained unbeaten as well. Waqas Bakat and Nizakat Khan picked up a wicket apiece.

Batting first, PNG managed just 196 despite some hitting from Sese Bau and Vala. All other batsmen got starts but could not convert them into big runs. Tim Sole and Mark Watt claimed 3 wickets each.

Zimbabwe vs Ireland: The match was abandoned without a ball being bowled. 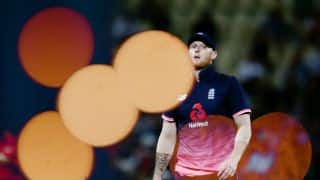 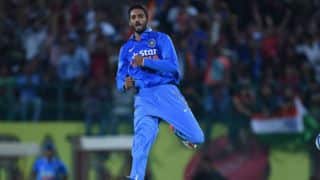