he tour, which will continue till Dec 7, will also cover Bengaluru, New Delhi, Jalandhar and Ahmedabad.

The World Cup trophy, which India won in 2011, was showcased at the Inorbit Mall in Hitec City, providing the fans a chance to catch a glimpse of the world’s most coveted cricket symbol.

About 50 underprivileged children from Sphoorti, a NGO, were also provided an opportunity to have a closer look at the trophy.The children hoped that India would retain the title in the mega tournament to be played in Australia and New Zealand Feb 14 to March 29 next year.

MoneyGram launched the tour in Mumbai Tuesday. The tour, which will continue till Dec 7, will also cover Bengaluru, New Delhi, Jalandhar and Ahmedabad.

“We trust that India’s cricket fans will make the most of this opportunity to celebrate the best in cricket,” said Kaushik Roy, MoneyGram’s senior regional director, South Asia. 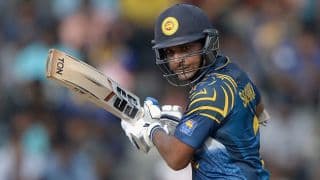 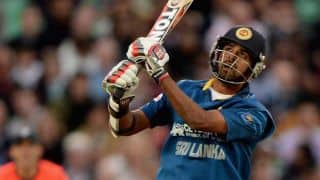