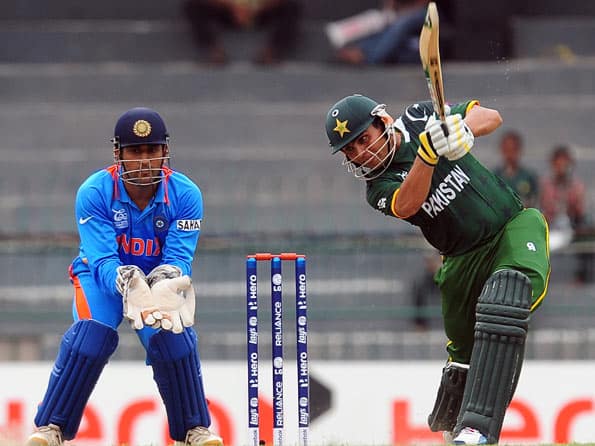 He put on an unbeaten 95-run stand with Shoaib Malik to guide Pakistan to a crushing win. Malik played a quick knock of 37 not out, which came from 18 balls.

Malik cracked two sixes and as many boundaries during his unbeaten knock.

Pakistan skipper Mohammad Hafeez too chipped in with an innings of 38.

R Ashwin’s four for 23 off his four overs was the only bright spot for India in the second innings.

Earlier in the first innings, Virat Kohli and Rohit Sharma struck quickfire half-centuries to power India to 185 for three against arch-rivals Pakistan in their second warm-up game ahead of the ICC World Twenty20.