ICC World T20 2012: No favourites as tournament kicks off on Tuesday

ICC World T20 2012: No favourites as tournament kicks off on Tuesday

The high-profile ICC World Twenty20 Championship gets underway on Tuesday at Colombo with no clear favourites but inaugural champions India will fancy their chances on the slow familiar tracks of the island nation where they have played a lot of cricket in recent times. 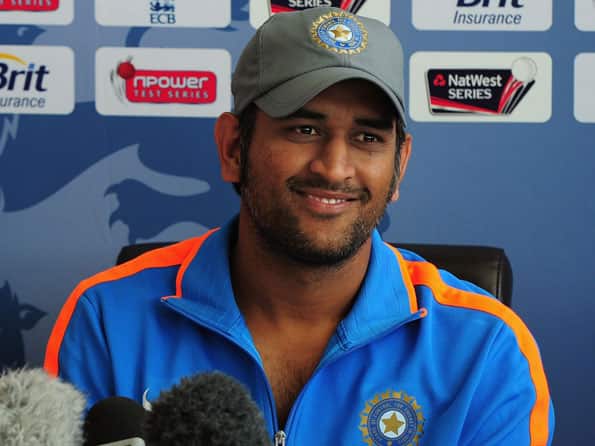 The high-profile ICC World Twenty20 Championship gets underway on Tuesday at Colombo with no clear favourites but inaugural champions India will fancy their chances on the slow familiar tracks of the island nation where they have played a lot of cricket in recent times.

Seeded second in Group A, which clubs them along side defending champions England and qualifiers Afghanistan, India were on a high after clinching the 50-over World Cup last year. But their fortunes took a turn for the worst soon after with Test whitewashes in England and Australia.

On a roller-coaster ride since last year, Mahendra Singh Dhoni’s men have a decent shot at the title as Sri Lanka is a home away from home for Indian cricketers.

The turning tracks which might bamboozle the likes of Australia and England would be hardly a concern for the Indians, who have the requisite spin arsenal to exploit the conditions as well.

The hosts themselves have a good chance of winning their first ICC world title after the 1996 50-over World Cup triumph in India.

The talent is there and so is the much-needed familiarity with conditions, and the only thing that Mahela Jayawardene’s flock has to guard against is the pressure that would come with playing in front of adoring home fans.

Not to forget the ever-so-unpredictable Pakistan, a team which can be outstanding one day and completely pedestrian the other. Mohammad Hafeez appears to have a balanced Twenty20 side with all ends covered.

What they have to battle are non-cricketing issues. To present themselves as a cohesive unit would be the challenge for Pakistan even though they are coming into the event on a high after beating Australia.

The Asian giants aside, the tournament will be another arduous test for the Australians, once the seemingly-invincible world champions and now a struggling team in transition.

Gone are the days when the Aussies took the field as the outright favourites.

Led by a rather low-profile batsman George Bailey, the side from Down Under still has to get comfortable with the format and it would be a tough task for them to master conditions which they have traditionally found hard to cope with.

Clubbed alongside West Indies and the sprightly Ireland, the Australians will have it tough. In fact, they rank below perceived-minnows Ireland in the ICC table which quite reflects their state right now.

Defending champions England, on the other hand, don’t even look the part in the absence of a certain Kevin Pietersen.

The big-hitting controversial batsman has been forced to retire from the format as he has quit ODI cricket and England Board’s rules bar players leaving one-dayers from T20s as well.

His ouster has created a vacuum which would be tough to fill for any other batsman and in a format which is called slam-bang, it could prove to be decisive.

Then there are AB de Villiers‘ South Africa. A team which has not won a single ICC world trophy even though, it has always counted among the favourites.

Labelled the ‘chokers’ for not coming good in multi-team events, the South Africans would be desperate to wipe off the tag.

They seem to have the ammunition besides being the rare non-subcontinental side which doesn’t find it tough in the region’s dust-bowls.

The Proteas just have to keep it steady when things get rocky, which might end up being the recipe for that elusive success in ICC events.

The West Indies and New Zealand are the dark-horses of the tournament. The Caribbeans would want Chris Gayle to be at his destructive best after making peace with the Board to force a national comeback.

The Windies were a team on the slide but Gayle’s comeback and some decent results in the past few months show that they seem to be steadily gaining in confidence and that would come in handy when they square off against the perceived stronger teams.

The Kiwis, meanwhile, have traditionally been known to save their best for big-ticket events. In inspirational Daniel Vettori, they have a world-class spinner who can make the most of the conditions.

Australia’s trans-Tasmanian rivals are, in fact, a better bet than Bailey’s men to survive longer in the tournament.

The qualifiers — Afghanistan and Ireland — and Zimbabwe would try to ensure that they don’t just make up the numbers and present a fight to ensure interesting contests.

Looking at the overall picture, the event promises to be a cracking affair and it would be hard to put money on any team given the diversity of talent. (PTI)