Cricketers from all over the world paid tribute to Simon Taufel, who announced his retirement at the end of the ICC World Twenty20 Championship. 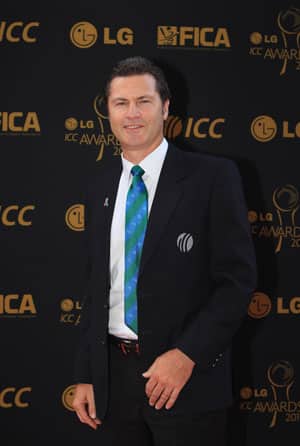 Simon Taufel will step down from the Emirates Elite Panel of ICC Umpires after the World Twenty20 in Sri Lanka, to take up the new role of Umpire Performance and Training Manager Getty Images

Cricketers from all over the world paid tribute to Simon Taufel, who will quit umpiring at the end of the ICC World Twenty20 Championship.

Indian vice-captain Virat Kohli was quoted as saying by ICC s official website, “He has been the best by far over the years now. He has been very consistent.”

“He has built good relations with players, every player is friendly with him and every one respects him. In return, he respects the players as well. We (the players) have a sort of comfort level with him.”

South African batsman Jean-Paul Duminy said, “Taufel has been outstanding for the sport.”

“He is still going to be involved in the training programme, so I wish him all the best for the future,” Duminy added.

Taufel is one of the most decorated members of the ICC s Elite Panel of Umpires and is respected across all cricket boards.

“I think he has taken umpiring to a different level. Whenever you meet him, you feel like giving respect to him,” said Pathan.

“The way he has carried himself over the years has been amazing.”

Duminy also added, “It s professionalism. I have always seen him in practice sessions before the match, making sure that he has got his eye in.”

Kohli added that players felt confident when they saw Taufel.

“He is not too harsh on you. You know that he is going to do his job well and he expects you to do the same. He is a gem of a person.”

“It s now up to other umpires to live up to the standards he has set,” Kohli concluded.