Yuvraj Singh and Virat Kohli steadied India after early jolts as they reached 68 for two in 10 overs, in the ICC World Twenty20 Group A clash in Colombo. 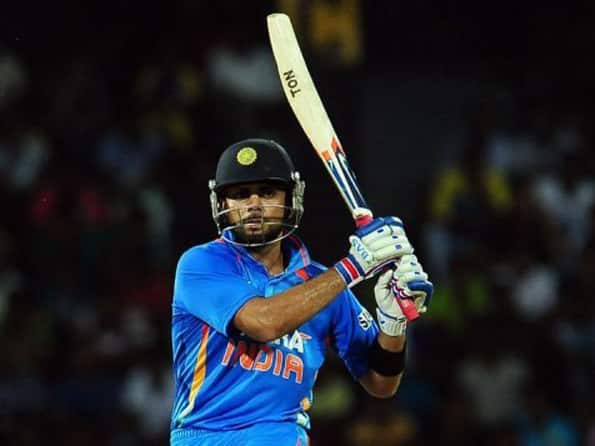 Virat Kohli plays a shot during his innings against Afghanistan AFP

Yuvraj Singh and Virat Kohli steadied India after early jolts as they reached 68 for two in 10 overs against Afghanistan, in the ICC World Twenty20 Group A clash in Colombo.

Afghanistan’s decision to bowl first proved correct as pacer Shapoor Zadran rocked India early when he got rid of both the openers.

Gautam Gambhir poor run with the bat continued as he fell to Shapoor in the third over, getting an inside edge of his bat and the ball crashing into the middle stump.

India was jolted once again by Shapoor in his third over, when Virender Sehwag was caught by wicketkeeper Mohammad Shahzad for eight.

Kohli and Yuvraj then joined forces to take India forward.

The right-handed batsman struck two boundaries and a six to reach 25 not out off 23 balls, accompanied by Yuvraj on 18, which included one six.

Ealier, Afghanistan captain Nawroz Mangal won the toss and elected to field against India in the ICC World T20 Group A tie.