Hashim Amla is the Proteas' leading run-scorer with 163 runs at a strike rate of 130.

Veteran South African opener Hashim Amla has said that his batting strategy will be guided by ‘what the team needs’ in their World Twenty20 semi-final against India in Dhaka on Friday.

Amla, who is the Proteas’ leading run-scorer with 163 runs at a strike rate of 130, has played varying innings in each of his four stays at the crease: 41 off 40 balls against New Zealand, 43 off 22 balls against the Netherlands and 56 off 37 balls against England.

According to Sport24, Amla said that his different innings came down to adapting to the situation on the day, adding that it depends on what the team needs upfront at the time.

Stating that the innings need to be set up, Amla also said that he and opening partner Quinton de Kock try to play positively to get the team off to a good start, adding that he believes that in the Twenty20 format, every different style can make the situation, provided it is assessed beforehand.

Amla played down the continued hype around India’s spinners, saying that it could come down to any bowler on the day, adding that he also felt his team was ‘hardened up’ by their pressure wins in the group stages, and are in a good space ahead of their eighth head-to-head match against India. 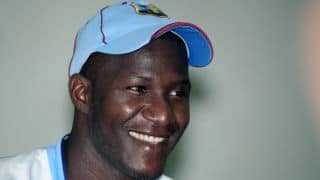