In an interview given to the Australian daily — The Age, which has also been carried by the Sydney Morning Herald, Faulkner, 23, who is recovering from a knee surgery that caused him to miss the tour of South Africa, is hoping to be fit for the ICC World T20 2014 in Bangladesh next month, and is also looking forward to Australia winning next year”s 50-over World Cup in Australia and New Zealand.

Australia recently reclaimed the No 1 One-Day International (ODI) ranking from India, the reigning world champions. The young Tasmanian himself has pulled off remarkable escape acts with the bat against India in Mohali and England in Brisbane in the past two series.

He describes Kallis as peerless, and is also an admirer of  Australian all-rounder Shane Watson, who he says has helped him to improve his approach to the game a lot.

Faulkner told The Age that he expects to resume running some time next week. He had a 1.8-centimetre hole behind his kneecap repaired during the surgical clean-out.

He describes himself as being lucky to have had a really good run over the last two years. 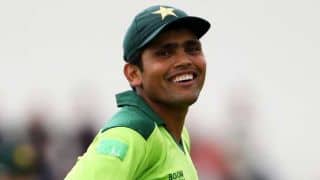