New Zealand will reportedly walk off a stadium during the ICC World T20 2014 in Bangladesh even with a semi-final in stake if lightning strikes twice during the tournament.

Captain Brendon McCullum and Kane Williamson were the New Zealand batsmen at the crease when an electrical storm erupted near the Zahur Ahmed Chowdhury Stadium, during the fifth over of their chase for 173 to beat England.

According to Stuff.co.nz, New Zealand were later declared winners, via the Duckworth-Lewis Method, after being ahead of the target score for 5.2 overs although McCullum believes that the sides should not been out there to complete that many overs, saying that it is not worth playing a game during an electrical storm.

The report mentioned that a far more powerful thunder storm erupted after Sri Lankan’s abbreviated clash with the Netherlands on Monday, raising the prospect that similar could occur again while a game is in progress.

McCullum said that players would be in big trouble if lightning hits even 200 metres away from a stadium that has got four light towers standing above it, adding that no one messes with lightning and a game of cricket is not worth playing in such conditions.

England captain Stuart Broad was later fined so expressing the view that the umpires should have called an immediate halt to proceedings, although McCullum believes Broad was right. 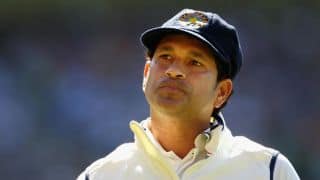 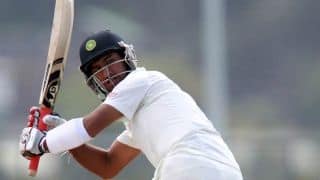