The fifth edition of the tournament will be played in Bangladesh. Here's the schedule.

The fifth edition of the ICC World T20 will be played in Bangladesh this year from March 21 to April 6 with 10 teams expected to battle it out for the coveted tag of T20 champions.

The most anticipated and mouth-watering clash of the lot will undoubtedly be the India–Pakistan tie which will take place on March 21 at the Sher-e-Bangla stadium at Mirpur and fans will expect it to be a cracker of a contest as it has always been in the past encounters between the two arch rivals. As a matter of fact, it is also the inaugural tie of the tournament.

Both the groups will witness 10 matches each as the five teams in each group plays against the remaining four once.

The two teams, from both groups, with highest points at the end of the group stage will qualify for the semi-finals. 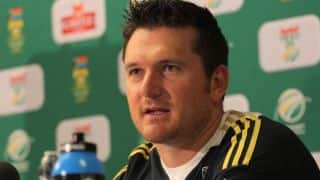