Australian Twenty20 (T20) captain Aaron Finch says that all options are being considered for the Australian squad ahead of the ICC World T20 2016 tournament in India next March. Australia will be playing India in January and a three match tour of South Africa will be held in March, which will be helpful for the players to claim their positions for selections before the World Cup. Finch also said there are plenty of spots to be finalised and all in-form players, including the veteran Brad Hogg and out-of-favour Test spinner, Nathan Lyon will be considered. ALSO READ: Aaron Finch: Big Bash League 2015-16 good platform for players to get selected for ICC World T20 2016

As reported on smh.com.au, Finch said, “Anyone who is taking wickets and making runs is going to be up for selection. It’s great to see guys jumping out of the pack and really putting pressure on themselves to perform well and get their name right up there. The way Nathan [Lyon] has bowled in Twenty20 cricket has been unbelievable. He’s been someone who consistently takes wickets. At the moment you have to consider all options. It’s going to come down to the make-up of the side and the way that we want to structure up as a team.” A news on cricket.com.au mentioned that Hogg has not retired and will be available for selection. ALSO READ: Michael Hussey, Sridharan Sriram to mentor Australia in ICC World T20 2016

Hogg said, “I’d love to represent my country again. That’s the pinnacle of anyone’s career.” Big Bash League’s (BBL) Jason Behrendorff from Perth Scorchers will be out to impress the selection committee through his performance, while Steven Smith will be hungry for some limited overs runs after missed the start of BBL to prepare the second Test against West Indies. The spinner’s spots will be taken over by Lyon, Cameron Boyce, Steve O’Keefe, Hogg and Adam Zampa who have been in good form at BBL and all bowling with economy rates under eight.

Finch finds his spot to be safe at the moment, but like any other captain he has to lead and look to score runs. Finch said, “I’ve had some good chats with Boof and the selectors on how we think we can structure the side and I’ve definitely got myself in there.” Australia’s first ICC T20 match will be against New Zealand in Dharamsala on March 18. 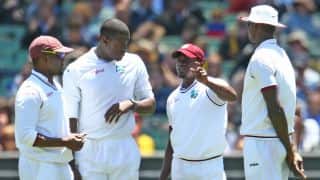 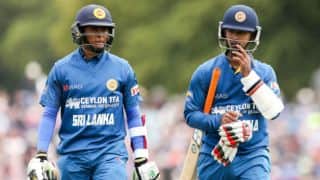