The ICC World T20 2016 will start from March 8 while South Africa will play their series opener with the match against England on March 18 at Wankhede Stadium.

The mega event of ICC World T20 2016 is less than a month away and Cricket South Africa have started an innovative campaign for the gala which has already caught the attention of global cricket lovers . The management has come up with a unique video starring their players grooving to the beats of an engaging song named ‘Fireball’. The South Africa players are seen in a never before avatar in the small clip enjoying their time. Apart from their on field moments, the video captures them turn rappers and singers. The players chant “We’re bringing it back”, pledging to win the series and take the trophy along for the first time.

The ICC World T20 2016 will start from March 8 while South Africa will play their series opener with the match against England on March 18 at Wankhede Stadium, Mumbai. The Proteas recently defeated the England team at home in both the One-Day International (ODI) and Twenty20 International (T20I) series and are brimming with confidence. Hashim Amla and AB de Villiers remained the highest run-getters of the T20I series while Imran Tahir and Kyle Abbott became the highest wicket-takers of the same for South Africa. The team is now scheduled to play a 3-match home series against Australia before they get into the main tournament. 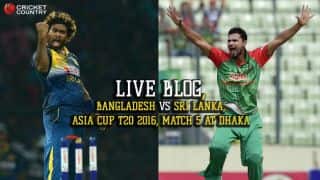