Afghanistan will enter the match as favourites.

Afghanistan and Scotland will engage in a Group B qualifier in what is the second match of the ICC World T20 2016, at Nagpur. The live streaming for the match will be available on starsports.com while the live cricket scores and updates will be available on CricketCountry. Afghanistan will go into the match as favourites given that they are most familiar with these type of wickets. Also they won a game in the warm up against Netherlands, and had one game washed out. Meanwhile, Scotland lost their game to Oman, while even they had their second game washed out. FULL CRICKET SCORECARD: Afghanistan vs Scotland, ICC World T20 2016, 2nd T20 match, Group B at Nagpur

Asghar Stanikzai will captain the Afghanistan side, with an array of top quality players under him. He has the services of cricketers like Mohammad Nabi, Dawlat Zadran, Hamid Hasan, Samiullah Shenwari among others. The Afghanistan team has been in spectacular form in the T20I format and will be confident of their chances against Scotland.

Scotland will be skippered by Preston Mommsen and he has a clout of experienced players such as Kyle Coetzer, Richie Berrington, Josh Davey, Alasdair Evans, Matthew Cross and Michael Leask amongst others. They will have to play very well if they are to win the game. Acclimatising to conditions unfamiliar to them will also be another challenge. They will have to draw on their limited sub continent experience to try and outplay Afghanistan. 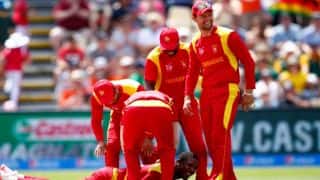 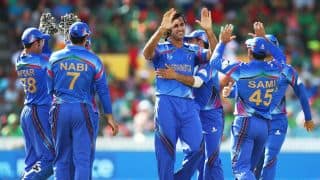