BCCI secretary Anurag Thakur feels that the report submitted by Justice(retd) Mudgal will have no harm in DDCA hosting ICC World T20.

New Delhi: Delhi High Court-appointed observer Justice (Retd) Mukul Mudgal has submitted a stinging report on the corruption-hit DDCA but BCCI secretary Anurag Thakur is hopeful that the faction-ridden unit will be able to organise its share of the World T20 matches smoothly. “Justice Mudgal has submitted his report today. Before World T20, they will host a T20 International against Sri Lanka and we have faith in the DDCA that they will do a good job in organising the matches,” Thakur said on the sidelines of a promotional event before he was apprised about the contents of the report. ALSO READ: Lodha panel recommendations to be discussed in MCA’s AGM

The 27-page report submitted by retired Justice Mudgal before a Delhi High Court bench, comprising justices S Muralidhar and Vibhu Bakhru, said the internal audit of Delhi and District Cricket Association (DDCA) in its last report had pointed out shortcomings and financial irregularities. “There are no minutes of the meetings of the Committee awarding work. Absence of records hamper transparency,” the report said, adding that “the records relating to contract/ work orders for the earlier matches were not available.”

“No tangible action appears to have been taken by the management and accounts wing on issues raised, which is a matter of concern. Unless corrective action is taken, these shortcomings will continue,” Justice Mudgal also stated in his report, which was also supervised by I P Singh, former Deputy CAG of India. On the recommendations of the Lodha panel, Thakur said that BCCI will have a Special General Meeting (SGM) once the members sent their viewpoints after studying the report. 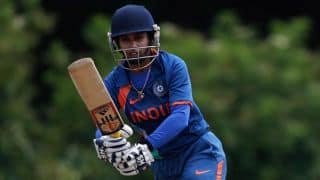 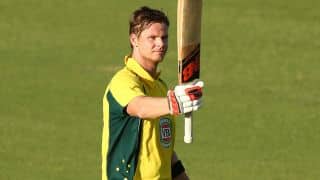