Pakistan's prominent cricket commentator Mohammad Idrees has received Indian visa only for Delhi and Mumbai where no match involving Pakistan team in the World T20 is scheduled.

Islamabad: Pakistan‘s prominent cricket commentator Mohammad Idrees has received Indian visa only for Delhi and Mumbai where no match involving Pakistan team in the World T20 is scheduled. According to Idrees, he was set to leave for India to cover the World T20 matches as a radio commentator but India’s High Commissioner in Islamabad Gautam Bambawale issued him the visa for only Delhi and Mumbai, the cities where no match involving Pakistan team will be held, Dawn online reported. ALSO READ: India vs Pakistan, ICC World T20 2016: Cricket and terrorism cannot happen together, says Uddhav Thackeray

Pakistan are scheduled to play their first-round matches in Kolkata and Mohali. The Shahid Afridi-led side will open their World T20 campaign with the match against a qualifier on March 16 and then face arch-rivals India. Both games are scheduled in Kolkata. The green-shirts will then face Australia and New Zealand in Mohali.

“The visa-issuing authorities have instructed me not to visit any other city except Mumbai and Delhi. Now in this very disturbing situation, I’m thinking whether or not I should go to India, simply because [naturally] my first priority will be Kolkata and Mohali,” Idrees said. According to Idrees, the visa was issued on March 11, when Pakistan’s match (against India) had already been shifted from Dharamsala to Kolkata, but visa for Kolkata/Mohali was not issued to him.

Idrees emphasised it would be very difficult for him to manage the situation if the Indian High Commission did not assist him quickly, according to Dawn. 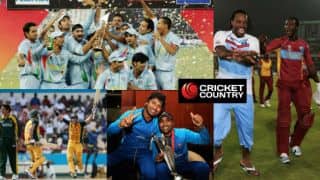