Pakistan's World T20 warm-up match against Bengal scheduled on Saturday has been cancelled after suspense continued over their arrival.

Kolkata: Pakistan‘s World Twenty20 warm-up match against Bengal scheduled on Saturday has been cancelled after suspense continued over their arrival owing to the security apprehensions of their government and the Cricket Board. Pakistan were to take on Ranji team Bengal in their opening warm-up match on Saturday but owing to the prevailing situation over the clearance it had to be cancelled, according to sources in the Cricket Association of Bengal. “Top level meeting is going on most likely they would arrive by tomorrow morning or latest by evening via Dubai,” the source told PTI. ICC World T20 2016: India assures foolproof security to Pakistan

With the delay in arrival of Pakistan, the distribution of tickets for the marquee India-Pakistan clash March 19 which was shifted from Dharamshala also get delayed and will now begin on March 16. “We’re yet to get the tickets and their stamping and other procedures will take time. Distribution will only start from March 16,” he added. Pakistan are also scheduled to face defending champions Sri Lanka in a second warm-up match at Eden Gardens (March 14) before facing group A qualifiers (March 16) and India (March 19) here in the tournament proper. Pakistan to travel to India for ICC World T20 2016, confirms Shahryar Khan

There has been intense drama over Pakistan’s participation in the ongoing World Twenty20 after they threatened to pull out of the tournament citing security concerns. PCB wanted a written assurance from the Indian Government for the security of their team. Meanwhile, defending champions Sri Lanka and Australia arrived as per schedule ahead of their respective World Twenty20 fixtures. Fresh from their 3-1 T20 series win in South Africa, Australia arrived early morning via Dubai. In search of an elusive World Twenty20 title, record five-time World Cup champions Australia will face West Indies in their warm-up fixture on March 13. 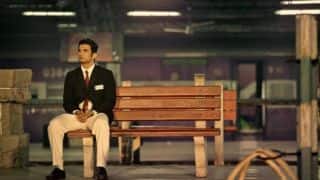