Catch live streaming of the fourth match of Round-1 of the ICC World Twenty20 (T20) 2016 between Ireland and Oman at Dharamsala.

Catch live streaming of the fourth match of Round-1 of the ICC World Twenty20 (T20) 2016 between Ireland and Oman at Dharamsala. It is the opening match of the World Cup for both the sides so both Ireland and Oman will aim to begin their campaign with a win in today’s fixture. Ireland and Oman are grouped along with Bangladesh and Netherlands in Group A, while Group B have the likes of Scotland, Zimbabwe, Afghanistan and Hong Kong. These sides qualified for the Round-1 of ICC World T20 after going through the ICC World T20 Qualifier 2015, which was won by Ireland. LIVE CRICKET SCORECARD: Ireland vs Oman, ICC World T20 2016, Group A Round 1, Match 4 at Dharamsala

The conditions at Dharamsala are alien to both Ireland and Oman so neither of the side will have any advantage ahead of the match. While Group A matches are being played at Dharamsala, Group B are being played in Nagpur. The winner of Group A will be included in the group featuring India, Pakistan, Australia and New Zealand in the Super-10 stage. READ: Ireland Team in ICC T20 World Cup 2016, Preview: Blend of young and experienced look for Super-10 ticket

Porterfield will head Ireland’s top-order in the 20-over competition. He, along with the likes of wicketkeeper Andrew Balbirnie, O’Brien brothers Niall and Kevin will lead the Ireland batting line-up. John Bracewell. On the other hand, Sultan Ahmed will lead Oman and their batting line-up will revolve around the likes of Aamir Kaleem and Syed Amir Ali. 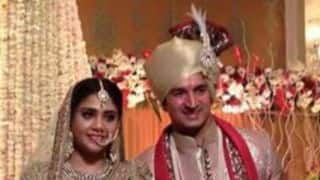