Afghanistan’s appointment of Inzamam-ul-Haq as their head coach has been paying off, their results have been showing that.

Catch live streaming of the ninth match of Round-1 of the ICC World Twenty20 (T20) 2016 between Zimbabwe and Afghanistan at Nagpur on Saturday. It is a Group B match and the other sides in that group are Scotland and Hong Kong. Having defeated Scotland and Hong Kong in this Round-1, the winner of Saturday’s match between Zimbabwe and Afghanistan will qualify for the Super-10 stage of World T20 2016. The team that qualifies will group up with the likes of England, West Indies, Sri Lanka and South Africa in Group 1 for the next round. Meanwhile, Group 2 features the bigger teams: India, Pakistan, Australia and New Zealand. LIVE CRICKET SCORECARD: Zimbabwe vs Afghanistan, Round-1 match of ICC World T20 at Nagpur

Asghar Stanikzai and Hamilton Masakadza will lead Afghanistan and Zimbabwe like always. Afghanistan have got the better off Zimbabwe recently after beating them in the Twenty20 Internationals (T20Is) series. Afghanistan defeated Zimbabwe in the latter’s home and that was followed by beating the same opponents in United Arab Emirates (UAE).

Afghanistan’s appointment of Inzamam-ul-Haq as their head coach has been paying off, their results have been showing that. According to Hindustan Times, Inzamam prior to the World Cup said, “I am enjoying my stint. They are a talented bunch and keen on improving. We couldn’t qualify for the Asia Cup but now I am hoping we make it to the next stage in World T20. It’s important that the players get a chance to play against the big nations as that is the only way they can improve.” 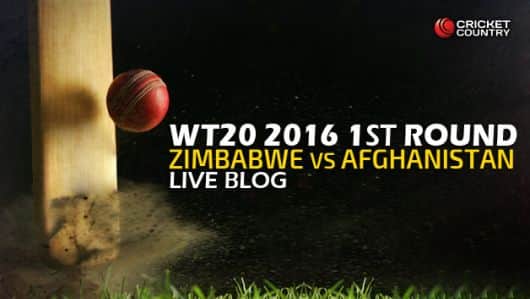