New Zealand vs West Indies 2020: The win took New Zealand's points tally 300 points as they jumped ahead of another favourites England to be placed third in the standings now. 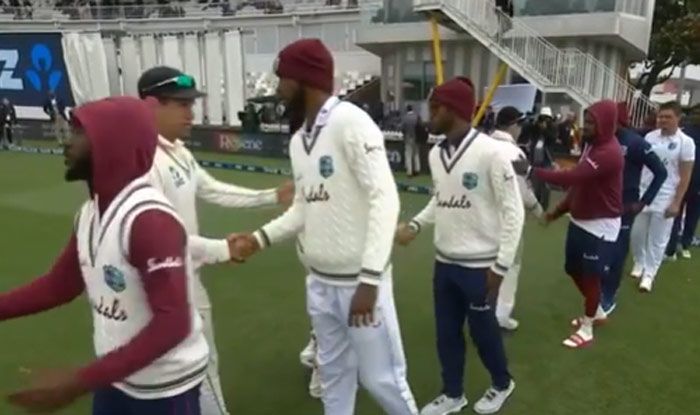 The race for the ICC World Test Championship final is heating up after New Zealand wrapped up a 2–0 series win over West Indies on Monday. After enforcing the follow-on, New Zealand registered an innings and 12-run win on Day 4 in Wellington to also claim the top spot in the Test rankings for the first time in history.

The win took New Zealand’s points tally 300 points as they jumped ahead of another favourites England to be placed third in the standings now. They are now 60 points behind India as Australia continue to lead he table.

With the coronavirus pandemic significantly affecting the cricket calendar, the ICC modified the criteria from most points to percentage of points contested. That also saw India, despite claiming the most number of points so far (360) dropping down and Australia (296) taking the top spot.

Should New Zealand also beat Pakistan 2-0 in the upcoming series, they will finish the championship cycle with 460 points meaning India will then have to win at least five of their remaining Tests to make the final.

Australia are the other favourites to make the final set to be played at Lord’s next year.

New Zealand had also beaten West Indies in the first Test by an innings margin and they repeated the result despite the absence of captain Kane Williamson who skipped the contest to be with his pregnant wife.

In his stead, Tom Latham led the side and expectedly was happy with how the series panned out for his team.

“Looking at the World Test Championship, it’s nice to get full points from this Test series,” he said after the match. “We wanted to take one game at a time and it’s worked for us.”

The top spot in the rankings, Latham said, is a byproduct of the hard yards the players have put in the past few years.

“It’s nice but that’s just a byproduct of the work that the boys have done over the last few years. There’s another series coming up, so the focus needs to turn to that. Many guys put their hands up in this series across both Tests. The effort of the bowlers has been great, to bowl WI out successively in both games. They never complained, and just did their job,” he said.