A round-up of the warm-up matches played on July 6, of the ICC World Twenty20 Qualifiers.

Nepal had started their chase of 126 against Oman in Belfast when rain interrupted the contest, in their first warm-up match ahead of the World T20 Qualifiers. Only three balls could be bowled in the innings. Oman were steady during their turn to bat, after they were inserted in by Nepal, and their opener Zeeshan Maqsood gave them a solid base, scoring 44 off 31 balls, , with the help of three sixes an four fours. Khawar Ali, the other opener, departed in the ninth over, after a more sedate 24-ball 22, before No3 Jatinder Singh and Vaibhav Wategaonkar struck a partnership of 33 in 4.2 overs. A flurry of wickets followed, and eventually, they reached 115 in the 17th over before rain forced the teams to stay away from the field.

Nepal’s next game is against UAE on Tuesday.

Western Districts Cricket Union, a Scottish club team, defeated Canada at the Grange Cricket Club Ground in Edinburgh. Canada, batting first, put up a middling score based on a century partnership between Nitish Kumar and Hiral Patel. On the either side of this stand, wickets kept falling: two for six runs, and eight for 38 runs. Sudesh Fernando was Western Districts’ most prolific bowler, with four for 25 off three overs.

When they batted, their openers Niel Bredenkamp and Qasim Sheikh, who is also their captain and wicketkeeper, got them off to a quick start before Bredenkamp departed off the last ball of the seventh over. Bradley Williams, the next man in, smashed four sixes in his knock of 53, and established a partnership of 77 with Sheikh en route, to ease his team over the line in the 19th over.

At Bready, United States of America got home in their clash against the Irish club North West Warriors off the last ball of the match, to register a five-wicket win. North West Warriors started their innings steadily when they batted, but suffered a dramatic collapse that featured the loss of six wickets for 25 runs. Middle-order batsman Oraine Williams, who scored 47, was the batsman their innings revolved around. In reply, USA’s openers began safely, but couldn’t last beyond the first powerplay. Shiva Vashishat and Adil Bhatti helped take their team to the target, but only just.

The match between Ireland and United Arab Emirates (UAE), due to be played in Belfast, was abandoned without a ball being bowled, due to rain.

At Myreside, Edinburgh, Jersey were bowled out for 46 by Afghanistan, who chased the total down within eight overs to give themseles a commanding victory by eight wickets. Only middle-order batsman Cornelius Bodenstein (12) and opener and captain Peter Gough (12) scored in double figures for Jersey, as they were routed by an all-round bowling display. Offspinner Mohammad Nabi and medium-fast bowler Mirwais Ashraf were the chief wicket-takers, with three each.

Scotland eased past Namibia, chasing 128, to give themselves a six-wicket victory at the Grange Cricket Club Ground in Edinburgh. Although opener George Munsey departed in the first over, Scotland were well-served by their other opener Kyle Coetzer, and midle-order batsman Richie Berrington, whose unbeaten 61 (off 35 balls) helpe them get to the target in 16.2 overs. Berrington’s knock was studded with four sixes and four fours, as he steered his team from 64 for 4 to 130 for 4 within seven overs.

Namibia lost wickets regularly when they batted. Their innings was given a base by their wicketkeeper Raymond van Schoor, who scored 42, an opener Stephan Baar, who scored 32. Schoor put on 61 in eight overs with JP Kotze, who scored 21, as they reached a middling score of 127 for eight in their 20 overs.

At Magheramasan, Bready, Papua New Guinea defeated Kenya by ten runs in a game decided by the Duckworth-Lewis method. Kenya, put in by Papua New Guinea, had eight of their ten batsmen getting starts but not carrying on to get a big score. Shem Ngoche was their top-scorer with 24 off 19 balls. They eventually reached 141 for 8. PNG had scored 45 for 2 in their five overs, before rain possibly ended the players’ stint on the wicket, an they were declared winners, as five overs are sufficient for D/L calculations.

There was also the upset of Netherlands against Hong Kong, about which you can read here. 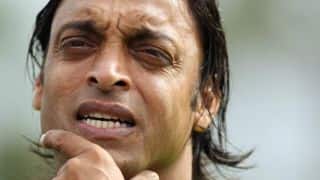 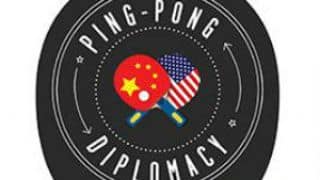