The trophy will now travel to different destinations and create some unforgettable memories.

The 2016 edition of ICC World Twenty20 (T20) will be played in India in the month of March. The tournament will be played at eight different venues across the country and will be a thrilling one for sure. Like every World Cup, even this year the trophy will take a world tour, which has already started. Its latest stop was Ireland, where Irish cricketers got to hold the ultimate prize in their hands.

In the below video posted by CricketIreland on YouTube, Irish cricketers are seen talking about the tournament and how important it is for them. Irish player Max Sorensen is seen posing for the shutterbugs with the coveted trophy. He also speaks about the pressure every cricketer goes through in such format. Ireland captain William Porterfield then speaks about how he looks forward to the tournament. Lastly, Kevin O’Brien can also be seen in the video. The cricketers have also shared their views on how the Indian crowd support their team and how beneficial it is.

The trophy will now travel to different destinations and create some unforgettable memories. Ireland have been placed in the Group A of the first round with Bangladesh, Oman and Netherlands. They will have win in order to qualify for the second round in which India, Pakistan, Australia and New Zealand are placed. 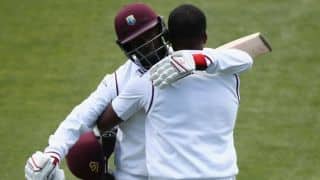 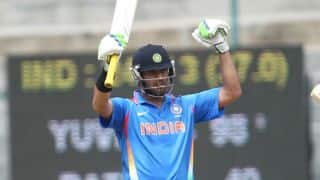