Darren Lehmann, the ex-Australia coach, has revealed that he has ambitions to return to coaching.

Darren Lehmann, the ex-Australia coach, has revealed that he has ambitions to return to coaching someday. Lehmann, who took over as Australia s head coach in June 2013, was supposed to step down after the 2019 Ashes, but voluntarily gave up his post following the infamous ball-tampering controversy in March. Under Lehmann, Australia won the Ashes twice and were crowned World Champions winning the 2015 World Cup on their home soil.

“I’d like to coach again one day. I think I’m a good coach, my coaching record is pretty good,” Lehmann told AAP at the launch of Fox Cricket.

“At some stage I’ll get there. A shorter commitment is probably the way to go … that’s probably what I’m looking for. But I’m just going to stay away from it this summer, watch the cricket and enjoy it. See what comes up next year.”

Lehmann was cleared of any wrongdoings during the scandal that broke out during Australia s tour of South Africa, even though Steve Smith, David Warner and Cameron Bancroft were handed 12 and nine-month long suspensions by Cricket Australia. As the decision was made, a teary-eyed Lehmann stepped down as coach and took up the role of a coach of the national performance squad where he worked alongside former Australia cricketers Chris Rogers and Ryan Harris.

It s been over six months since the controversy, but despite being away from the limelight, Lehmann admits being in touch with the three banned players. Lehmann had earlier stated that Smith, Warner and Bancroft were all “bloody good human beings” and that he loved them dearly, a sentiment that was echoed by former Australia captain Mark Taylor.

“I speak to them all the time. They’re going alright,” Lehmann said. They’ll come back really well. They’re good young men and they’ll come back. They’ve been training, hitting and they’re fit. Spending some time away from the game as well. I’d love them to be available for domestic cricket but that’s not my decision. That’s the powers above me.”

Coaching something that Lehmann misses, but the 48-year-old revealed that being away from the role has given him a way to enjoy cricket without the pressure of always winning.

“I’ve got my life back. It (coaching Australia) was 300-odd days away from home a year, it takes its toll,” Lehmann said. “It’s been good to be home and actually enjoy just going to the cricket now, watching it without all the influences around having to win. There’s no stress, put it that way. It’s quite good.” 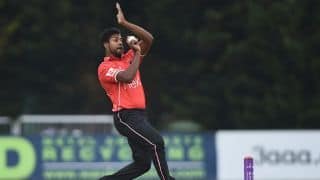