I'd Love to Keep my Place in England's Test Team: Mark Wood

I'd Love to Keep my Place in England's Test Team: Mark Wood

England cricketers have returned to outdoor training and Wood said it was a 'weird' experience having to maintain distance from coach and physio.

England fast bowler Mark Wood says he will prefer to be part of Test team rather than limited-overs should there come a time when two separate squads are fielded at the same time for different formats in the upcoming months.

“I love playing for England in any format but as I did so well in my last Test match I’d love to keep my place there,” Wood told Sky Sports. “I know in home conditions there are probably bowlers better suited than myself but coming off the back of a Man of the Match performance I would love to keep my momentum going.”

Woods picked nine wickets in his last Test, against South Africa in Johannesburg.

All professional cricket continues to be halted across the globe due to the coronavirus pandemic.

England and Wales Cricket Board (ECB) though still plan to host West Indies and Pakistan (for Tests) and Australia and Ireland for limited-overs series despite delaying the start of the domestic season due to the health crisis.

England cricketers have returned to outdoor training and Wood said it was a ‘weird’ experience having to maintain distance from coach and physio.

“Training is going well but it’s a bit weird being by yourself and having to stay a certain distance from the bowling coach and physio. The physio is in full PPE to get my ankle strapped,” Wood said.

“It is also is a weird feeling with the ball as you obviously can’t shine it, you can’t rub sweat on it or anything like that. It’s a nightmare [remembering not to do it]. You are so isolated – it’s literally out of the car, onto the field, bowl, back in the car, and go. I have been in the gym to use one bit of equipment but everything is cordoned off,” he added.

The 30-year-old admits the competitive edge is missing and it’s difficult to stay motivated.

“It’s a strange feeling and from a motivation point of view I have found it difficult. Now we have an end goal of getting back but it does feels a bit dead, I want that competitive edge,” he said.

He’s though hopeful that permission to train in small groups will be given if things continue to improve.

“If all this goes well and we are allowed to be in small groups again, if I can bowl at [Durham team-mate Ben Stokes] and he can bowl at me, I think that will speed things up and get me flowing again,” he said. 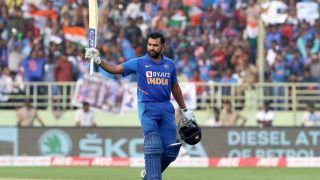 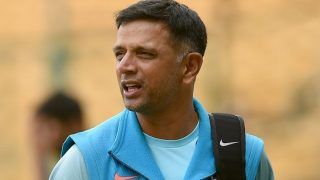 I Told Rahul Dravid he Was Not Out After ODI in 1996: Rashid Latif