If India Return Victorious, Will Dedicate Win to Our Soldiers, Police Officials And Doctors: Mohammed Shami

If India Return Victorious, Will Dedicate Win to Our Soldiers, Police Officials And Doctors: Mohammed Sham

On the WTC final, Mohammed Shami said Team India players will give their hundred per cent and will try to continue the winning spree in the summit clash.

Mohammed Shami has claimed that if India emerged victorious in five-match Test series against England, then he will dedicate the win to the soldiers, police officials and doctors who have worked immensely hard in the past two years during the pandemic. India is going through a tough time as the COVID-19 has hit the country very badly but in these testing times soldiers, police officials and healthcare workers took responsibility on their shoulders and worked selflessly to help others. Meanwhile, India will play the World Test Championship final against New Zealand ahead of the series versus England.

On the WTC final, Shami said Team India players will give their hundred per cent and will try to continue the winning spree in the summit clash.

“When we play for the country, it doesn’t matter what the outcome is but we try to give our hundred per cent. We put country first. Be it the batsmen or bowlers, we have been working as a unit over the last years. And I hope, we can continue the same work and the winning spree in the WTC final,” Shami told India News.

“As far as the England series is concerned, may we return victorious and I’ll dedicate the win to our soldiers, police officials and doctors who have served selflessly during the pandemic,” he added.

The New Zealand cricket team have a slight advantage that they will play two-Test series against England ahead of the WTC Final. There is a very high chance it will help them to access the conditions in England.

Shami claimed that New Zealand might have a slight advantage over India but the WTC final will be different.

“Definitely they will have the advantage as they have arrived early and will play a couple of Test matches against the hosts. But I feel, when two teams enter finals, they reach that point after showcasing their abilities. None of the teams will have the home advantage and I hope our playing XI must commit the least errors. Both India and New Zealand are top-class teams and neither of them would let go any chance. So, it’s important to utilise your time and skills precisely.”

“Hope, the bowling unit performs well. We have beaten Australia in Australia and then England at home. The boys are high on confidence and I hope, they continue the same in England,” said Shami. 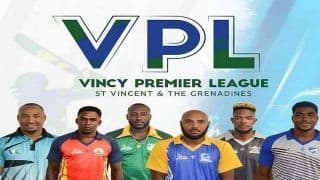