Gill and Rohit added 62 runs for the opening alliance.

New Delhi: Former Australian spinner Brad Hogg reckons if India goes on to win the World Test Championship final it will be because of their openers – Rohit Sharma and Shubman Gill. The Indian openers provided a perfect start to their team as they added 62 runs for the opening alliance.

Both Rohit and Gill were opening for the first time in England but they showed their class. The Indian openers left the ball with aplomb and played the New Zealand fast bowlers with class. Rohit was dismissed after scoring 34 runs as he didn’t get his weight forward and played away from the body.

Kyle Jamieson was able to produce an outside edge and Tim Southee took a brilliant catch. On the other hand, Shubman Gill also impressed his strokeplay and played the pull shot with confidence. Gill scored 28 runs before he was dismissed by Neil Wagner in the first over he bowled.

“I think both opening batsmen were absolutely sensational. They are more of a free-flowing type of players and had to adjust their game according to the tough conditions and play patiently. For me, they are the ones who put the New Zealand pacers on the backfoot,” Brad Hogg opined on his YouTube Channel.

On the other hand, Gill and Rohit batted outside the crease to negate the swing and the New Zealand bowlers were not able to adjust to the same.

“Being prepared to bat outside their crease and walk down the wicket takes a lot of courage on day one of a Test match where the ball is moving both ways prestigiously. If India win this Test match, it will be because of the openers’ forcefulness.”

Hogg added that the New Zealand bowlers got a bit greedy with the new ball as they were not consistent with their line and length. The ball was doing too much in the overcast condition but the Kiwis failed to hit the right areas consistently on Day 1.

“I think New Zealand with the new ball got a little bit greedy. They went away from their renowned gameplan which is hitting a good length. They went a little bit too full and got a bit greedy with extra swing and want to get too many early wickets rather than being nice and patient and they paid the price. India got off to a good start, scoring 4 runs per over till the 10-over mark,” Brad Hogg signed off. 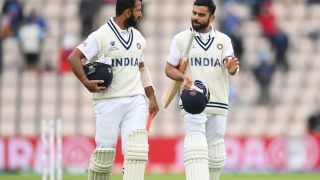 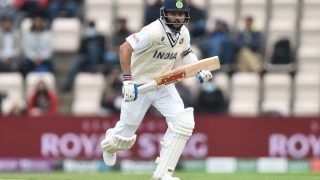