To revive the dwindling interest in Test cricket, International Cricket Council (ICC) has taken several steps including the introduction of a World Championship apart from experimenting with day-night Tests.

Players of the likes of Virat Kohli and Joe Root have time and again reiterated the importance of Test cricket. Former England captain David Gower feels while the world championship is a positive step, the need is to prepare good pitches to produce contests that will generate interest among general public.

“There is already a move towards having World Test Championship (in 2019), which I think in the end is good. What the people want is great players doing great things. If you have good pitches, which produce good cricket, people will be interested,” Gower was quoted as saying by PTI on Sunday. “If Virat Kohli (given his extraordinary following) says Test cricket is important, then people will listen to him.”

Gower made his observations while attending a ‘public conversation’, alongside former India wicketkeeper Farokh Engineer and Pakistan captain Mushtaq Mohammad, organised to ponder over the future of Test cricket and its survival.

The trio felt some tweaks including condensing it to a four-day fixture rather than the traditional five-day affair could raise its appeal. “A four-day Test match with each side batting 100 overs a day and the visiting captain having the choice to bat or field first,” Engineer said.

Gower, who played 117 Tests and 114 ODIs between 1978 and 1992, agreed saying, “Keep the spirit of the game the same. It would be possible, just, to squeeze it (a Test match) into four days without compromising the absolute nature of the game as long as you don’t make too many artificial rules to go with it.”

The concept of day-night Test, though, found unanimous approval with Mushtaq saying the South Asian conditions are perfect to host such games. “Start a Test match late finish late at night. In South Asia, we have the right kind of weather to introduce day-night (Test) cricket,” said Mushtaq who played 57 Tests for Pakistan.

Gower further suggested making entrance to the stadiums hosting Test cricket free to public but Engineer and Mushtaq advocated for making it more affordable. “You’ve got to go to market forces and if need be just open the gates. Because where is the money coming from? The money is coming from television,” Gower said.

Engineer, who played 46 Tests for India, said, “Why not make it affordable? Players don’t like to play in front of empty stands.”

Mushtaq echoed his views saying, “If you want Test cricket to survive, you have got to reduce the entrance fees.” 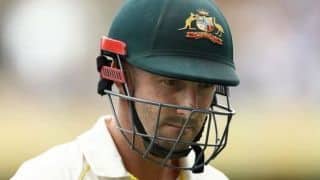 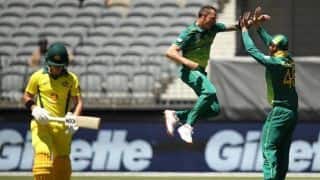