Virat Kohli blamed the fielders and failure to score runs in the death overs as the main reasons for India's defeat on Sunday night. 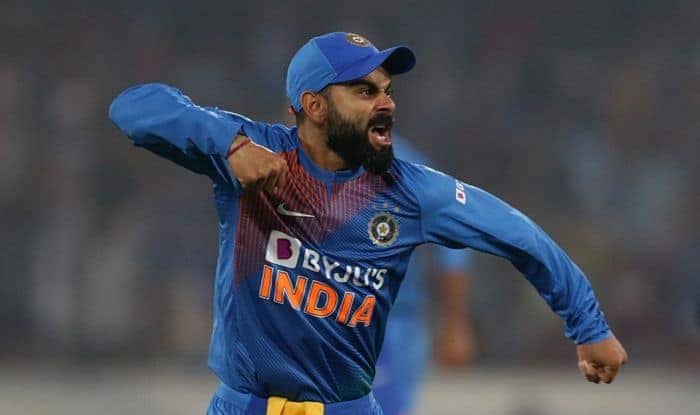 Indian fielding has been nothing short of sloppy in the ongoing T20I series against West Indies. While in the series opener on Friday, it was masked as a Virat Kohli masterclass guided them to a six-wicket win but it came back to bite them hard in Trivandrum.

Defending 170, a decent total on a sticky pitch, Indian fielders were guilty of dropping three catches – two of the beneficiaries went on to play a decisive role in handing the hosts an eight-wicket thrashing.

Lendl Simmons was dropped by Washington Sunday when he was batting on six while Evin Lewis was on 16 when wicketkeeper Rishabh Pant grassed a regulation catch. Simmons went on to score an unbeaten 67 while Lewis struck an important 35-ball 40 as the openers laid a solid foundation. The third missed opportunity was due to some misjudgement from Shreyas Iyer at long-off but by then, Windies were firmly ahead in the chase.

“If you field like that, no total is good enough,” Kohli said at the post-match presentation ceremony. “With the ball we were good, the first four overs. But if you drop chances, it’s going to cost you. Fielding is something – we need to be more brave.”

However, setting an example, Kohli did pull off a stunning catch when he ran took a tumbling catch and did well to not touch the boundary rope sending back dangerman Shimron Hetmyer. “It was one of those catches that just stuck. Committed to the ball, stretched both hands – last match I went with just one hand,” Kohli said of his effort.

India lost the toss and were asked to bat first. Kohli conceded that defending totals is becoming an issue but praised rookie allrounder Shivam Dube whose scored a maiden half-century after being promoted up the batting order.

“Numbers say a lot of things, and a lot of things that aren’t there as well. You expect to get 40-45 in last four overs, not 30. Shivam’s knock propelled us. We knew the pitch is going to help spinners, so we thought why not Shivam go up and attack the spinner. That was the plan, worked very well,” he said.

With their win, West Indies have drawn level making the third and final T20I in Mumbai the series-decider, to be played on December 11. 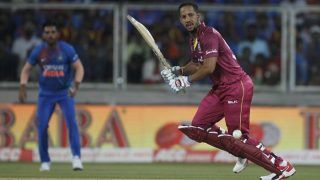 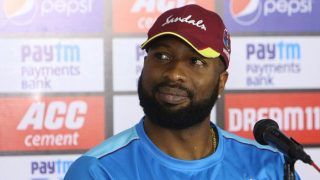 India vs West Indies: Kieron Pollard Lauds Teammates For Dominating Performance Against India in Thiruvananthapuram, Says I Take Pride as a Leader