If you perform In IPL, you will be recognized across the world: Riyan Parag

If you perform In IPL, you will be recognized across the world: Riyan Parag

Riyan caught the limelight after he played a calm and composed knock of 47 in 31 balls to help Rajasthan Royals beat Kolkata Knight Riders (KKR) in their home fixture.

There’s a famous phrase in English: Like father, like son. This totally fits Riyan Parag, who has already caught the eyes of many with his performances in the ongoing edition of the Indian Premier League (IPL).

Riyan caught the limelight after he played a calm and composed knock of 47 in 31 balls to help Rajasthan Royals beat Kolkata Knight Riders in their home fixture.

The 17-year-old, who also bowls leg spin, made his IPL debut on April 11 against MS Dhoni’s Chennai Super Kings (CSK). Riyan was caught behind by Dhoni—who had also played against his father in 1999-2000—after he had scored 16 runs at the Sawai Mansingh Stadium in Jaipur. CSK went on to win that match by four wickets.

Coincidentally, it was Dhoni only who had stumped Riyan’s father Parag Das in one of the domestic games roughly 19 years ago.

Dhoni, who had made his first-class debut in the 1999-2000 season of the Ranji Trophy for Bihar — in a game against Assam in an East Zone League — had stumped Parag in the second innings after a 24-ball 30.

After the CSK game, it was pointed out that Dhoni had first met Riyan when he was just three. A picture of the two had surfaced on social media in which the wicketkeeper-batsman was seen alongside child Riyan.

Riyan, who was part of the 2018 U-19 World Cup winning squad, said that Dhoni gave him a few tips after the match. “After the match, I had a chat with MS. He gave me a few pointers as to how I can improve my game, my batting and my bowling.”

Riyan has so far played five matches for the Royals in which he has scored 110 runs and has also taken one wicket.

When asked about his idol, the Guwahati boy said: “My idol has to be my dad. It’s because of him I started playing cricket. He has played a huge role in my career. I am what I am because of my father. He has been the x-factor in all my performances. He has been always there for me in my ups and downs. So, I think he has made a huge impact on my career.”

Like any other budding cricketer, Riyan’s final goal is to represent India at the highest level. “My ultimate goal is to play for the Indian team.”

Assam has not given many cricketers to the national side. However, Riyan believes that this fact has had no impact on him while taking up the sport.

“The infrastructure is getting better in Assam. I can’t complain about the uncontrollables. I just have to deal with what’s there and what’s not there. But the Assam Cricket Association has helped me a lot in my cricket.”

He also insisted it was important for him to perform in high-pressure tournaments like IPL so that he can get recognition across the world.

“These tournaments are high pressure tournaments. As cricketers, there is pressure wherever you play in one of the biggest tournaments in the world where there is such a huge crowd. All you need to do is remain calm and composed and play your game,” he said.

“If you perform here, you will be recognized across the world. There have been so many players who have got recognition by playing in them IPL,” he added. 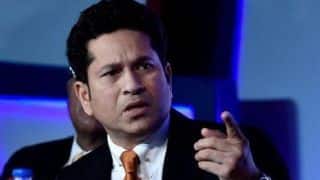 BCCI legal team to be present if Tendulkar, Laxman called for hearing 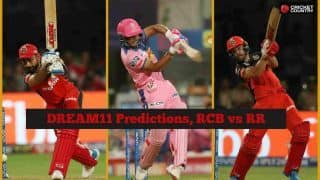