Australian allrounder Mitchell Marsh, who had a forgettable UAE tour averaging just over seven in four innings batting at No.4, believes that he is bested suited to bat at No.6 in Tests.

Australian allrounder Mitchell Marsh, who had a forgettable UAE tour averaging just over seven in four innings batting at No.4, believes that he is bested suited to bat at No.6 in Tests.

Marsh is the only allrounder in Australia s 14-member squad for the first two Tests against India, but is under pressure to hold his place in the XI after failing to go past the 50-run mark in his last 11 Test innings.

“I don t think I’ve 100 per cent cemented my spot down but I feel like from where I was 12 months ago I’m a much better cricketer and I showed that last year in the Ashes and the first couple of games in South Africa,” Marsh told cricket.com.au.

“Then I had an injury and a very poor series in the UAE. I’m only ever one innings away from changing that and hopefully I’ll be able to start well against India if I get picked and go from there.

Marsh is positive in his approach and is is aiming to change all the negative vibes with some runs under his belt in the upcoming India series.

“The world we live in now, with social media, everyone gets to have an opinion and a lot of people see those opinions. It’s very easy for that to grow around the country. Ultimately, I’ll do my best for Australian cricket and not everyone’s going to agree that I’m always in the side or whatnot, but I’ve got a job to do for the boys.

“I try to do that to the best of my ability, I train hard, get around the boys as much as I can and that’s all I can control. Hopefully I can perform this year and who knows, maybe I’ll change a few opinions around the country,” he added.

After his tour of UAE, Marsh his a 151 for West Australia in his first outing in the JLT Sheffield Shield. 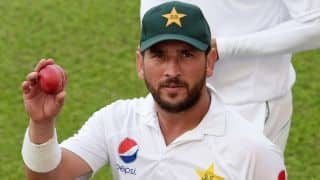 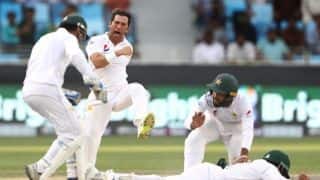