Australia are still pondering over their options as to who opens and who bats at the No. 3 spot ahead of the first Test against India starting December 6 in Adelaide.

Australia are still pondering over their options as to who opens and who bats at the No. 3 spot ahead of the first Test against India starting December 6 in Adelaide.

While Aaron Finch in all probability will slot in as one of the openers, the team management will zero in on as his partner only after observing a couple of contenders for the Test XI during the net sessions in the coming days.

The selection panel will choose either newcomer Marcus Harris or middle-order batsman Peter Handscomb to make the playing XI. The decision will ultimately lead to the position where Usman Khawaja bats. Khawaja, who has batted at the No. 3 spot for the major part of his first-class career, has been bumped up the order to open for Australia on several occasions including against Pakistan in the UAE October.

But he’s nonplussed and says he will be ready to bat anywhere where the team wants him to.”I’m prepared to bat wherever I’m told to bat. I’m expecting it to be three or opening, but we have two openers in the side,” Khawaja told Australia’s SEN radio on Monday. “It’s something that’s not on my mind because it doesn’t really bother me. I’m just training as I would (for) any other game, ready to get out there and play some cricket.”

When asked where does he expect to bat against Australia, Khawaja replied, “At the moment (I think) it’s three, but if they want me to open I’m happy to open. When I was younger it was probably a little bit different. I was really stuck on No.3 because that’s where I’d batted my whole life in first-class cricket.”

He continued, “I was like, ‘Nah, I’m a No.3, I have to bat No.3’. But as you get a bit older and you play a bit more cricket you realise there really isn’t too much difference apart from a slight change of mindset.” 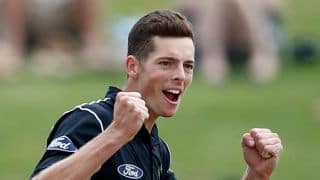 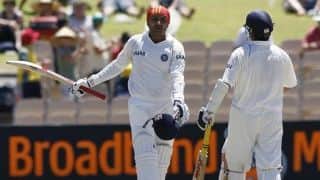